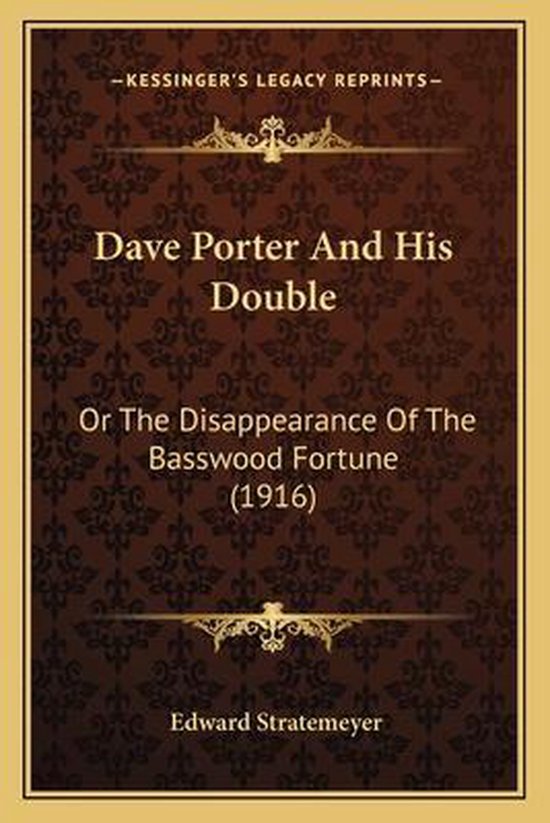 “What is the matter, Dave? You look rather mystified.”“I am mystified, Laura,” replied Dave Porter. “I have a letter here that I can’t understand at all.”“Whom is it from?” questioned Laura Porter, as she came closer to her brother, who was ensconced in the largest easy-chair the Wadsworth library contained.“It’s from a shopkeeper in Coburntown, Mr. Wecks, the shoe-dealer. He wants to know which pair of shoes I have decided to keep, and asks me kindly to return the pair I don’t want.”“Well, what of that, Dave?” continued his sister, as the youth paused with a wrinkle on his forehead. “Can’t you make up your mind which pair of shoes you want to keep?”“I certainly can not, seeing that I haven’t had any shoes from Wecks’s store,” returned Dave, with a faint smile. “I haven’t been in his place for nearly a year, and the last time I was there I bought a pair of rubbers and paid for them.”“Oh, then the letter must be meant for somebody else, Dave. Mr. Wecks has got his customers mixed.”“Perhaps so. But in the letter he speaks of the two pairs of shoes I took away with me. That looks as if somebody had gotten two pairs of shoes in my name.”“Well, as we are going out sleighing this afternoon, why don’t you drive to Coburntown and drop into his shop and explain matters?” suggested the sister.“I guess that would be best, Laura.” Dave folded up the letter and placed it in his pocket. “How soon will you be ready?”
Toon meer Toon minder