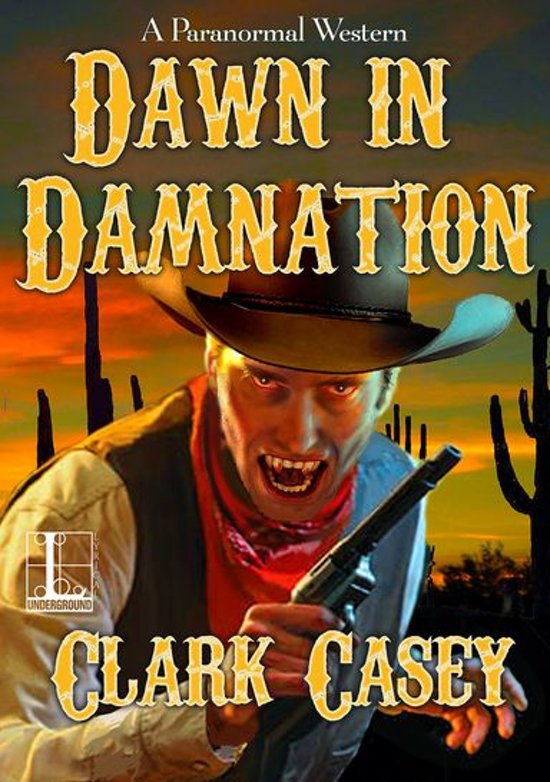 where every living soul is as dead as a doornail. Except one.


Buddy Baker is a dead man. Literally. After gunning down more men than Billy the Kid—and being hung by a rope necktie for his crimes—the jolly, fast-drawing fugitive reckoned he'd earned himself a nonstop ticket to hell. Instead, he finds himself in Damnation: a gun-slinging ghost town located somewhere between heaven and hell.


There are no laws in Damnation. Only two simple rules: If you get shot, you go directly to hell. If you stay alive without shooting anyone for one year, you just might get into heaven.


Hardened outlaws pass the time in the saloon playing poker and wagering on who will get sent to hell next, while trying not to anger the town's reclusive vampire or the quarrelsome werewolves. Buddy winds up in everyone's crosshairs after swearing to protect a pretty gal who arrives in Damnation pregnant. Her child might end up a warm-blooded meal for the supernatural residents, or it could be a demon spawn on a mission to destroy them all.


"Fueled by an out-of-this-world imagination, Clark Casey combines vampires, werewolves, the meanest of the mean, and the dumbest of the dumb into a very readable paranormal western."—John Neely Davis, author of The Chapman Legacy**