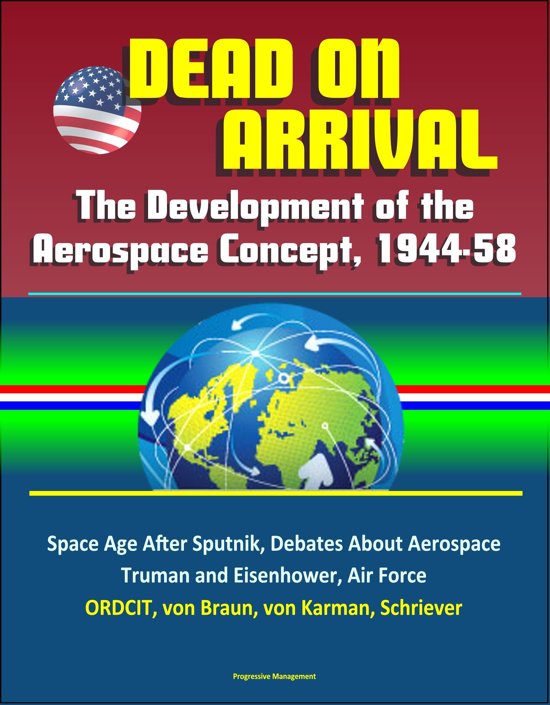 This important report has been professionally converted for accurate flowing-text e-book format reproduction. In late 1958 Air Force Chief of Staff Thomas D. White first evoked the term aerospace to describe to the nation how America"s airmen perceived their operational environment. "Air and space are not two separate media to be divided by a line and to be readily separated into two distinct categories; they are in truth a single indivisible field of operations." Unfortunately, also by the end of 1958, organizational architecture, national legislation, and national policy were in place to indicate that an alternative paradigm would take precedence over that of the Air Force. This study chronologically traces the historical development of the aerospace concept, from its initial inception in 1944 as it was embodied in the far-reaching vision of Gen Henry H. "Hap" Arnold, until its public appearance in 1958. This study also uncovers reasons why airmen came to see their primary area of responsibility differently than the rest of the nation and why their aerospace concept failed to win bureaucratic support. By tracing the aerospace concept"s technological and intellectual development against a contextual backdrop of geopolitics, national security strategy, national space policy, interservice competition, and internal tensions within the Air Force, this paper offers historical lessons learned for today"s planners seeking to move the Air Force toward an aerospace force.
The body of this study contains four chapters—the first three devoted to historical narration, the fourth to analysis. Chapter 2 enters the narrative in the final year of World War II and moves through to July 1947 when the Air Force gains its independence. Chapter 3 continues with the remainder of the Harry S. Truman presidency. Chapter 4 begins in 1953 as Dwight D. "Ike" Eisenhower assumes office and ends six years later when General White introduces the word aerospace. Together, these three chapters tell a continuous story that presents and organizes the evidence. Chapter 5 then offers a summary and analysis of the entire body of evidence with respect to the themes mentioned above. It discusses the general observations emerging from the study that offer answers to how airmen came to see the vertical dimension differently and why their perspective was generally rejected in favor of one that separated space from air.
To conclude, the final chapter draws the study"s lessons forward. Chapter 6 explores some implications that are perhaps relevant to the Air Force both for today and in the future.