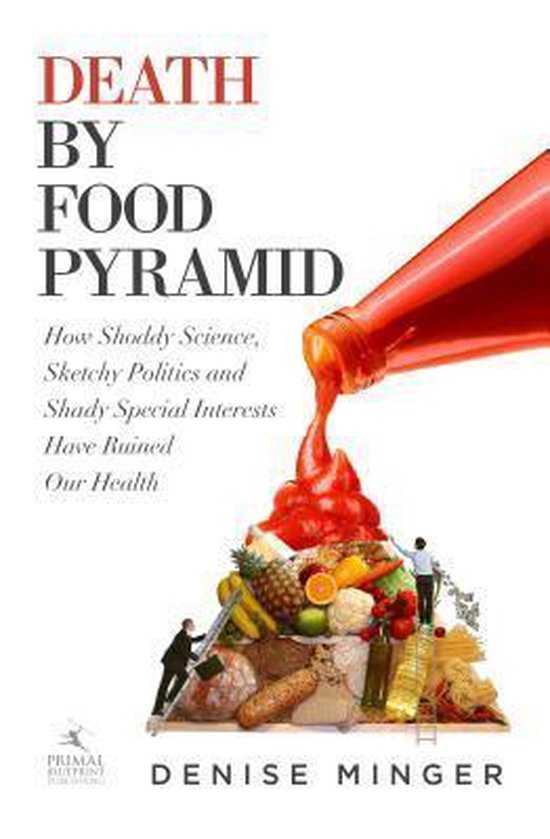 Warning: Shock and outrage will grip you as you dive into this one-of-a-kind exposé. Shoddy science, sketchy politics and shady special interests have shaped American Dietary recommendationsand destroyed our nations healthover recent decades. The phrase Death by Food Pyramid isnt shock-value sensationalism, but the tragic consequence of simply doing what we have been told to do by our own governmentand giant food profiteersin pursuit of health.

In Death by Food Pyramid, Denise Minger exposes the forces that overrode common sense and solid science to launch a pyramid phenomenon that bled far beyond US borders to taint the eating habits of the entire developed world.

Denise explores how generations of flawed pyramids and plates endure as part of the national consciousness, and how the one size fits all diet mentality these icons convey pushes us deeper into the throes of obesity and disease. Regardless of whether youre an omnivore or vegan, research junkie or science-phobe, health novice or seasoned dieter, Death by Food Pyramid will reframe your understanding of nutrition science, and inspire you to take your health, and future, into your own hands.
Toon meer Toon minder