Death Has No Rules 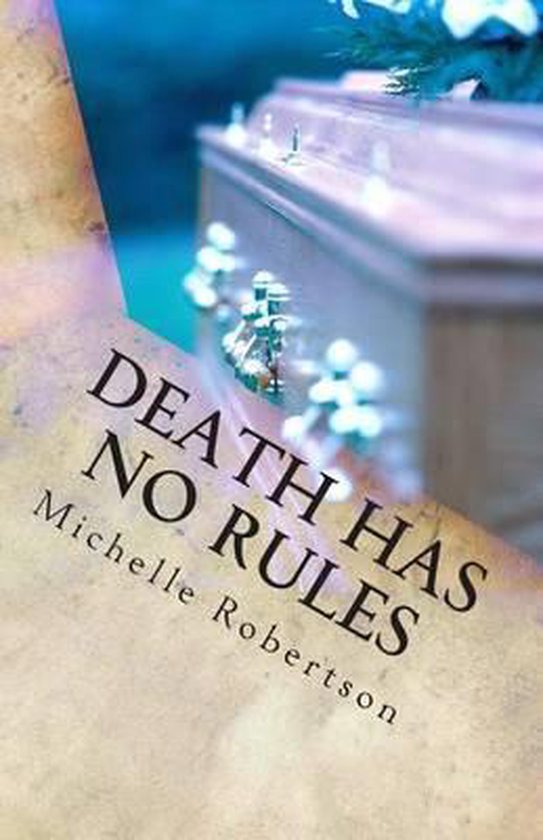 As perplex as the thought of death can be, the ultimate confrontation does not have to be of defeat. This mixture of short stories each confront the idea of death from various angles of real life concerns. Crystal refused to complicate matters by second guessing her intuition. She acknowledged within herself, her present encounter was not by chance. At first it didn’t appear he had an interest in her. Maybe he was one of the old timers that had finally decided to get out and about more often. Nonetheless, it wasn't none of her business why he was out. She just didn’t like the idea of having the assured encounters with someone she knew nothing of. It had been two weeks and the old man was closer to her each time she spotted him. It wasn’t by coincident they were crossing paths, especially since whenever she would try to point him out, he would be gone. Unlike the other times, he now made eye contact with her, and it too seemed disturbing. The exchange of expressions between her and the stranger held an air of mockery on his behalf and she was offended he took pleasure in violating her space.Nevertheless, she needed to know why she was of interest to him. Trying to decipher, how to go about getting that information was cut short, when he again appeared, it seems out of nowhere, this time too close for comfort.The onset of anxiety got the best of her and before she knew it she had spoken. It was not just a mere greeting; but a demand for his credentials.“Hello Sir, I don’t know you, why are you here following me and who are you?”Although he wasn't the least bit unraveled, he paused before answering, as if waiting for her undivided attention, both physically and mentally. Then, he un-cunningly exposed his identity. Staring her straight in the face, he replied, “I’m called Death.” Donna put the gun down and cried out to God.“I can’t go through this again. I can’t. I just can’t!”Crying hysterically, she pulled Stacy into her arms and held her as tight as she could and rock back and forth. Death recognized the nineteen year old from a number of tragedies that had occurred in her life. He was no stranger to her. As a matter of fact she had grown a fierce attitude concerning him. She was one of the few young people that knew he was real and that he had no respect for age. He observed her cradling her friend, just as she had her first born the day he took the two month old in her sleep. The doctors called it crib death, because there was no logical reason for the child’s demise. Donna on the other hand didn’t care what it was called; she just wanted to know why. All her life it seemed like everything and everybody she ever loved was taken away.“I’m not afraid of you!” she shouted at him. Casey didn’t bother to acknowledge Death presence at the time of her transition. Instead, she kept sleeping and dreaming beyond her pain and present condition. Andrew slept and rest until the rise of her chest no longer arose. Slowly he opened his eyes and let the tears roll down his face onto her breast. He was certain she was no longer with him. After several minutes of complete silence he knew the sound he was waiting for was gone beyond his reach. Slowly he took a deep breath and sat up to face her. Somehow, the weight, pain, and fear seem to subside as he stood and walked to the windows. Both the curtains and window were halfway open. Slowly, he extended the length of the curtains to a complete opening and lifted up the window to allow the breeze of outdoor air to dance with the see-through sheer white fabric. He stood there as if he was freeing the room of its struggles. Every breeze was like a wave of strength. He turned to observe the place where the stranger once sat and found he too was gone.Several encounters, within several different stories; each having its own unique experience and lesson to be learned. Take a look and invade the truth about death, as he will one day return you the favor... unannounced.
Toon meer Toon minder