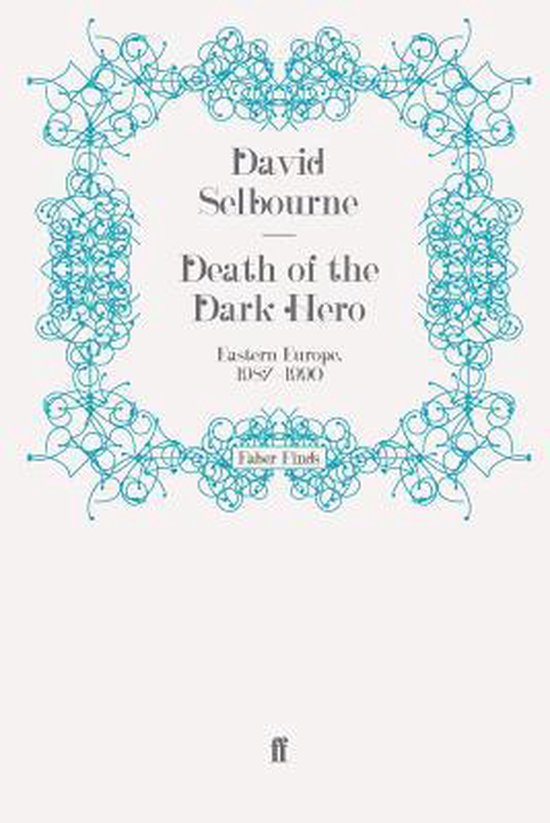 The title is taken from an extraordinarily prophetic observation made by Heinrich Heine in 1842. 'Communism, though little discussed now and loitering in hidden garrets on miserable straw pallets, is the dark hero destined for a great, if temporary, role in the modern tragedy . . .' For three years, from early 1987, David Selbourne travelled the countries of Eastern Europe as the momentum of reform gathered pace and ended in uprising and revolution. This is a record of those sensational events, the most profound since the end of the Second World War. What happened and why? The historic answers were revealed by the protagonists themselves as events unfolded, in a period in which former outlaws became heroes, leaders of the old order were vanquished, and nations were liberated from thraldom. Combining fine observation and a thorough grasp of the issues involved, the writer , by skilful questioning, elicited from some of the leading actors in these dramas their fears, hopes and reactions to events around them. The fall of communism in Europe was epoch-making. David Selbourne's account, first published in 1990, transcended mere journalism then: it reads now as a vivid and authoritative work of history. 'A wonderfully absorbing account of the last days of the old regimes . . . gripping encounters with some of the nastiest specimens of stagnant pond-life in the workers' Edens.' Christopher Hope, Independent on Sunday 'One of the strengths of his book, which combines analysis with reportage, is his grasp of the history behind each country's yearning for change . . . He is as keenly alert to the topographical as he is to the moral landscape, and it is as if the very stones of the old capitals of Eastern and Central Europe were reasserting their ancient identity.' Peter Ackroyd, The Times 'I take my hat off to David Selbourne for achieving a tour de force . . a brilliantly written description of his journeys from the first whiffs of liberation in 1987 to the crash of the dictatorships in 1989-90. Selbourne is that rare thing, a gumshoe journalist with a mind. He goes to the places that matter, asks the right questions and understands the answers superbly.' Norman Stone, Sunday Times 'Provides an insight into the mentalite of an age that is passing . . . The book is essential for all those studying the revolutions of 1989, but it is equally importantto those who want to make sense of the post-communist world.' Richard Sakwa, Journal of Communist Studies
Toon meer Toon minder