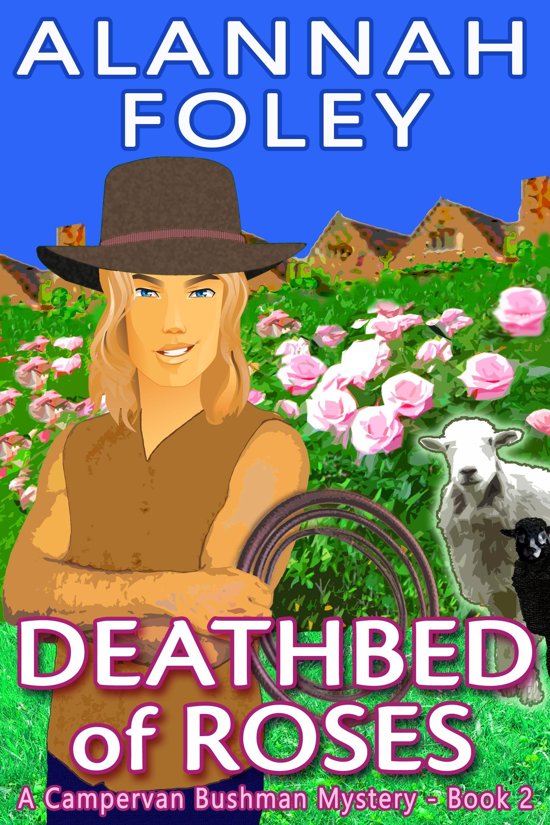 Scott Chevalier - part campervan-surfer, part Crocodile Dundee - gets a dose of the Agatha Christies in this light mystery series…


DEATHBED OF ROSES - Book 2 in the Campervan Bushman Mystery Series


Arriving at the Barrington-Bowles manor estate in the picturesque Lake District in the north of England, Scott Chevalier and the crew are all set to film the next episode of the Campervan Bushman TV show.


Everything seems to be off to a flying start, with Scott set to get in some windsurfing on the lake. But all that gets put on hold when they discover the body of another guest at the manor – that of celebrity gardener, Simon Sinclair – a man bristling with charm, ambition and good looks.


At first, it looks like Scott might be under the spotlight as a suspect, but was Sinclair killed by the infamous Lakes Killer, or is his murderer a lot closer to home?


Each book in the Campervan Bushman series is a light cosy-style mystery with an edge of humour, a sense of adventure, and a hint of romance.


INTERVIEW WITH THE AUTHOR


A: Scott Chevalier may have a typical Aussie laid-back attitude to life, but he's just as capable of springing into action when trouble strikes! He's lived his life in two worlds. He's been a surf champ who's enjoyed travelling round in his campervan, but he's also spent time with his grandfather in the bush and learnt a good handful of survival skills. Just as well! Because some of these come in handy as the mysteries unravel.


Although Scott's the main character, Penny and Red, his sidekick crew filming the Campervan Bushman TV show, all work together to try and solve the puzzling events that take place. So the series is built around a trio rather than a lone wolf amateur sleuth.


Q: Who is likely to enjoy the books?


A: The mysteries are lighter than your average 'cosy', but if you love books in the genre, and the sound of Scott's easy-going yet adventurous character appeals, then you should definitely give the series a whirl.


A romantic thread runs through the series, but there are no sex scenes. So, coupled with only mild expletive usage, the stories would also be suitable for late teen/young adult audiences.


Q: What order should the books be read in?


A: Here is the suggested order:


You can also snag WIPEOUT, the series prequel story, from a link inside the book.


Q: So, why should readers give these books a try?


A: Not only is Scott's world is a fascinating one but a nice blend of curiosity, adventure, humour and romance forms an engaging backdrop to the mysteries in the series.


There's plenty of light-hearted banter between Scott and Red (who's a techie, and loves to skulk about & investigate things despite being afraid of his own shadow most of the time), and a romantic interest in Penny (who's the trio's voice of reason & logic, and resilient in the face of certain events that come her way).


Top that off with a brand new location for each book as the crew move on to film the next episode of the Campervan Bushman TV show, and you're bound to stay entertained.


So why not scroll up, hit BUY NOW and join Scott & the crew TODAY!?