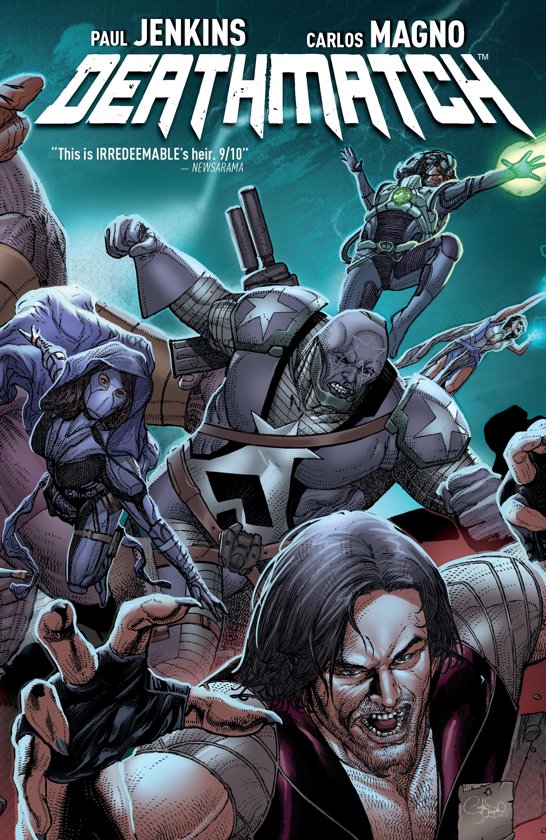 The second round of the ultimate deathmatch begins here! Thirty-two Supes, Fears, and Neuts are being held captive by a mysterious higher power and forced to fight one-on-one until only one champion remains. Which fan-favorite characters from BOOM! Studios' latest original smash hit are on a collision course against their will? The mysteries grow deeper and the casualty list grows longer as DEATHMATCH continues! Written by industry legend Paul Jenkins (FAIRY QUEST, INHUMANS) and drawn by comics superstar Carlos Magno (PLANET OF THE APES, TRANSFORMERS), DEATHMATCH is a dark, psychological deconstruction of the superhero genre that can't be missed. This stakes increase in this second volume collecting the second four issue arc of BOOM! Studios' highest debuting original series ever!