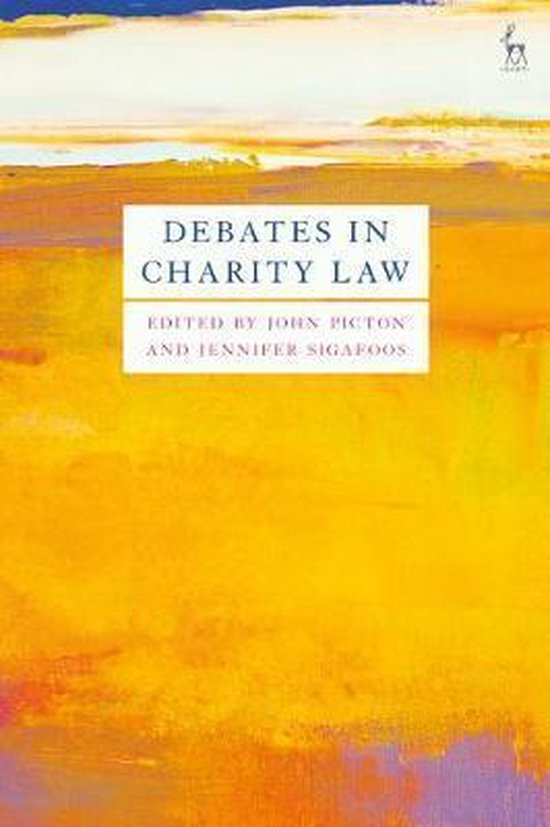 Charitable organisations occupy a central place in society across much of the world, accounting for billions of pounds in revenue. As society changes, so does the law which regulates nonprofit organisations. From independent schools to foodbanks, they occupy a broad policy space. Not immune to scandals, sometimes nonprofits are in the news for all the wrong reasons and so, when they are in the public eye, regulators must respond to high profile cases. In this book, a team of internationally recognised charity law experts offers a modern take on a fast-changing policy field. Through the concept of policy debates it moves the field forward, providing an important reference point for developing scholarship in charity law and policy. Each chapter explores a policy debate, setting out the fault-lines in play, and often offering proposals for reform. Two important themes are explored in this edited collection. First, there is a policy tension in charity law between its largely conservative history and the need to keep up-to-date with social change. This pressure is felt acutely along key fault-lines, such as the extent to which a body of law which developed before the advent of legislated human rights is able to adapt to a rights-based world, and the extent to which independent schools - historically so closely linked with charity - might deserve their generous tax-breaks. The second theme explores the law from the perspective of a good-faith regulator, concerned to maximise the usefulness of charities. From the need to reform old organisations, to the need to ensure that charities enjoy the right amount of regulatory freedom in a world of payment-by-result contracts, the book critically charts the policy justifications for regulatory intervention, as well as the costs that such intervention might bring. Debates in Charity Law will be of interest to both academic researchers and students of the non-profit sector, looking to understand the links between law, social change and regulation. It will also help and guide nonprofit employees and volunteers, showing how their sector is shaped and moulded by the law.
Toon meer Toon minder