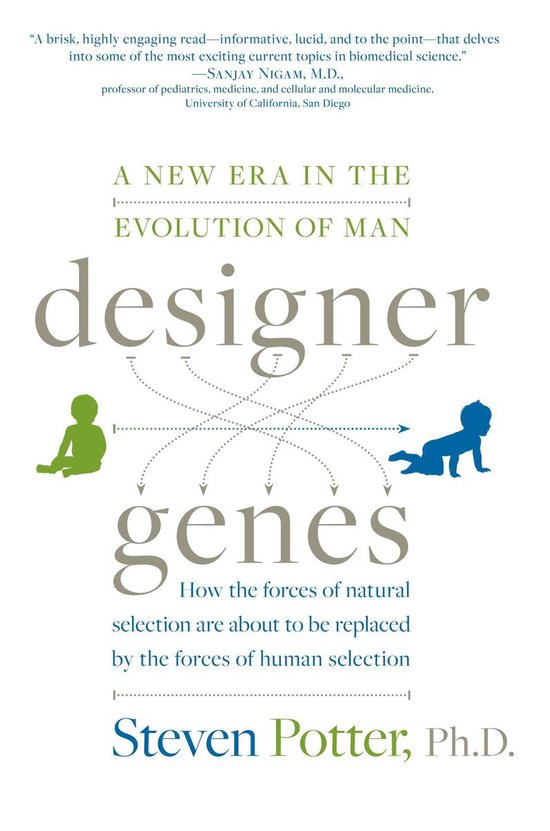 This compelling new book covers the most important revolution since Darwin—how cutting-edge genetic science will soon allow us to speed up and transform our own evolution, and the moral choices we must make as we improve, alter, and even duplicate ourselves.


The fact is that, until now, human evolution has been exceedingly slow. But there's about to be a profound change in this process, with a perfect storm of revolutions in the fields of genetic modification, stem cells, DNA sequencing, and embryo manipulation. The result is that it will soon be possible for parents to consciously choose the genes of their children, defining their intelligence, appearance, athletic ability, and health. The ramifications could be enormous, with each generation smarter, more technologically proficient, and better able to design the genes of their offspring. Where will this evolution on steroids take us?


Designer Genes presents a balanced view, describing the underlying science in accessible terms and discussing the pros and cons of implementing this new technology. A leading expert in the field, Steven Potter covers a broad range of topics on this challenging subject, presenting fascinating details of case histories and ongoing discoveries:


• the true story of "Adam," who as an early embryo was genetically selected to save his sickly sister

• the sequencing revolution, with the price of determining a person's complete DNA sequence becoming much more affordable

• genetic diseases and what is being discovered about them every day


Designer Genes also investigates such controversial questions as: When is an embryo a person? Are we smart enough to pick optimal gene combinations? What will the government's role be?

Science has brought us an astonishing understanding of the genetic basis of life, as well as potent new power to guide the genetic destiny of humanity. What will we do next?