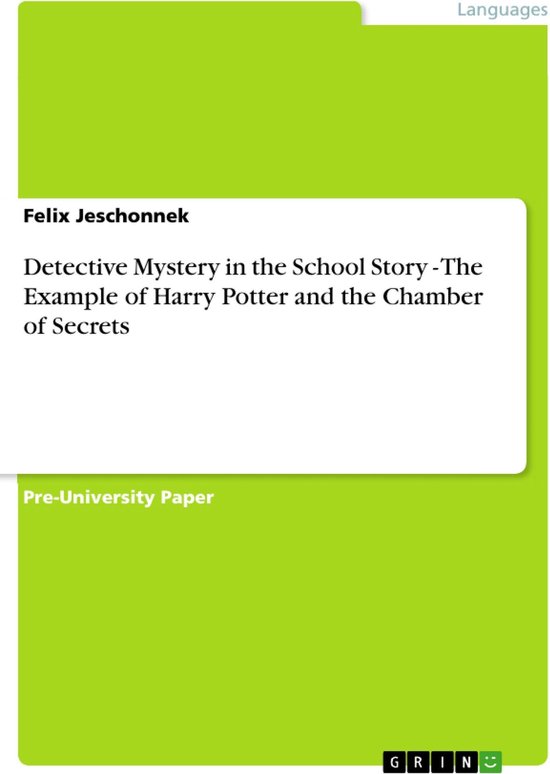 Pre-University Paper from the year 2010 in the subject English - Literature, Works, grade: 15,00 Punkte, , language: English, abstract: J. K. Rowling's famous Harry Potter series which started with Harry Potter and the Philosopher's Stone in 1997 is commonly known as a fantasy story. This is due to the fact that its most striking aspect is magic which is a typical sign for an ordinary fantasy novel. Accordingly, there has to be something more important than magic in the story in order to make it as popular, interesting and fascinating as it is. Of course magic is highly important for Harry Potter's popularity and to make a difference between the series and any other school story. Without magic the series would probably have been less popular than it is now, since it would not have been something special. The story is neither only a fantasy story nor is it only a school story. It is something less striking that is -at least- as important as magic for the series. In the following Detective Mystery will be explained and revealed as one of the most important elements of Harry Potter and the Chamber of Secrets. Moreover this paper seeks to prove that magic is not even necessary for the story itself.