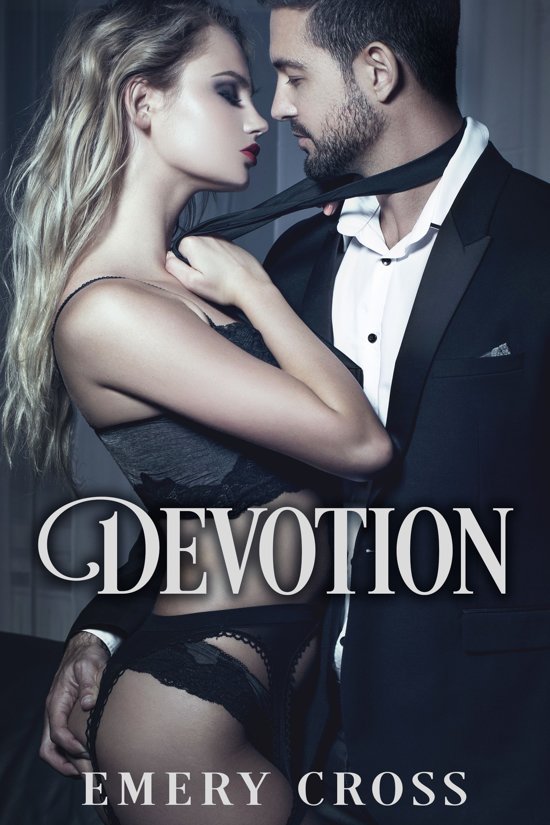 "Dammit, Winn, I brought a date with me." He rubbed his face. "You need to learn some decorum, babe."


Tears sprang from my eyes and I gave his chest a hard shove. I wasn't going to listen to anymore of his tirade.


"I'm not my father. I won't have my life derailed by a flighty, little heartbreaker like you,'' he called after me just before I slammed the back door behind me.


DEVOTION is a standalone novella.


The Wyatt women seem to be missing a fidelity gene, until Winn Wyatt, that is. All the Wyatt females who came before her left a string of shattered hearts in their wake. But Winn is as loyal as they come, there's only one man for her...unfortunately, that man is her stepbrother.


Kane Harding is like a shark moving forward ....unstoppable. Despite being born with a silver spoon in his mouth, he's followed an ambitious path to success. He graduated from a top college, served four years as an army captain, and is now helming his family's billion dollar conglomerate.


Kane has only one soft spot...his stepsister. She's pure temptation from the top of her beautiful blonde head to the tips of her glitter-painted toes. But he doesn't trust her as far as he could toss her perfect ass. And now she's crossed a forbidden boundary and offered her virginity to him on a silver platter. He isn't about to let Winn get her pretty little hooks in his heart. It's out with the caring, protective stepbrother and in with the cold, calculating businessman. He strikes a deal--five days in his bed and he'll pay for the privilege.