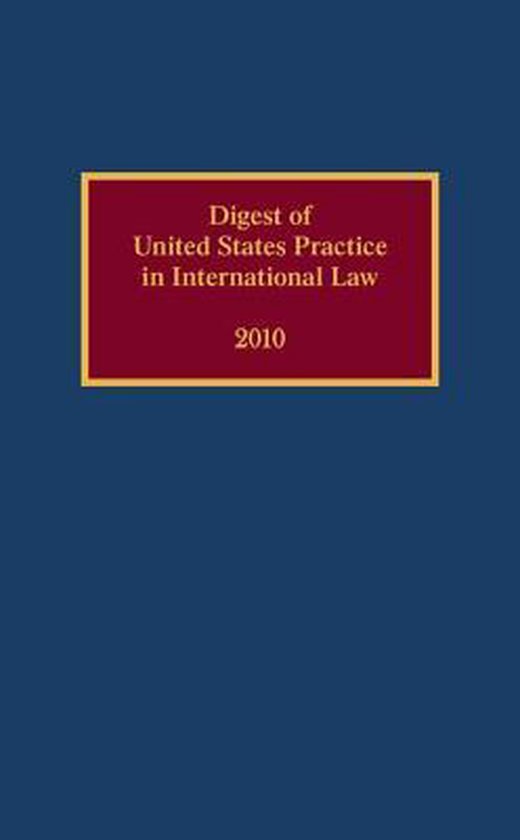 Co-published by Oxford University Press and the International Law Institute, and prepared by the Office of the Legal Adviser at the Department of State, the Digest of United States Practice in International Law presents an annual compilation of documents and commentary highlighting significant developments in public and private international law, and is an invaluable resource for practitioners and scholars in the field. Each edition compiles excerpts from documents such as treaties, diplomatic notes and correspondence, legal opinion letters, judicial decisions, Senate committee reports and press releases. Each document is selected by members of the Legal Adviser's Office of the U.S. Department of State, based on their judgments about the significance of the issues, their potential relevance to future situations, and their likely interest to scholars and practitioners. In almost every case, the commentary to each excerpt is accompanied by a citation to the full text. The 2010 edition of the Digest covers various developments that occurred during the course of the year, including issues relating to the active engagement of the U.S. with the International Criminal Court and the first full year of U.S. participation as a member of the Human Rights Council. Also discussed is U.S. involvement with notable treaties (including the New START Treaty and the Hague Convention on International Recovery of Child Support and Other Forms of Family Maintenance, to both of which the U.S. Senate gave its advice and consent to ratification during 2010). Other subjects covered include U.S. activities at the United Nations and important judicial decisions from 2010.
Toon meer Toon minder