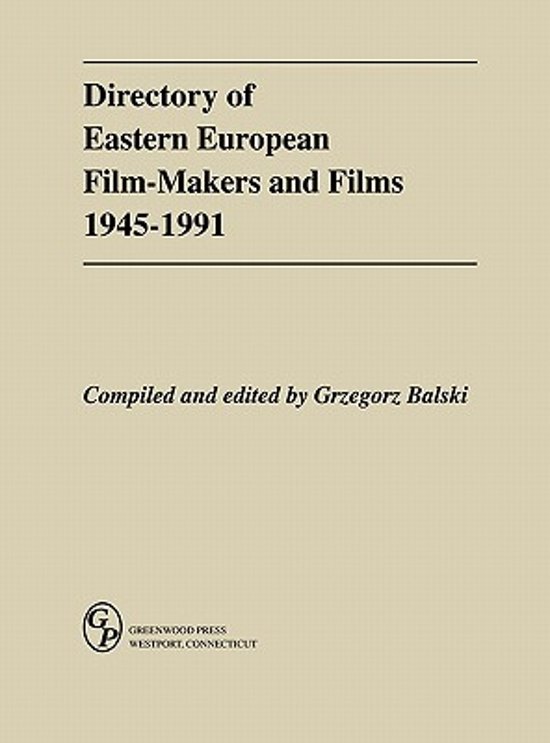 This book is an original and highly detailed reference work on Eastern European films and is the first of its kind to provide such a wealth and breadth of information. There is full coverage of over 350 major postwar film-makers from nine countries: Albania, Bulgaria, Czechoslovakia, East Germany, Hungary, Poland, Romania, the Soviet Union, and Yugoslavia. The entries are listed alphabetically by film director's surname. Each entry includes biographical and career details, a complete list of films made--with dates, original language titles, and recognized English language titles--and an indication of the director's other involvement in the film (as scriptwriter or actor, for example). Also included are co-productions and banned films, many of which have only recently been released. There are two comprehensive indexes: one arranges film-makers by country, the other lists all film titles--nearly 6,000--both in the original languages and in English. The volume also includes a detailed bibliography. It will be of great use to filmographers, students and scholars of Eastern European film, and others interested in the history of film.
Toon meer Toon minder