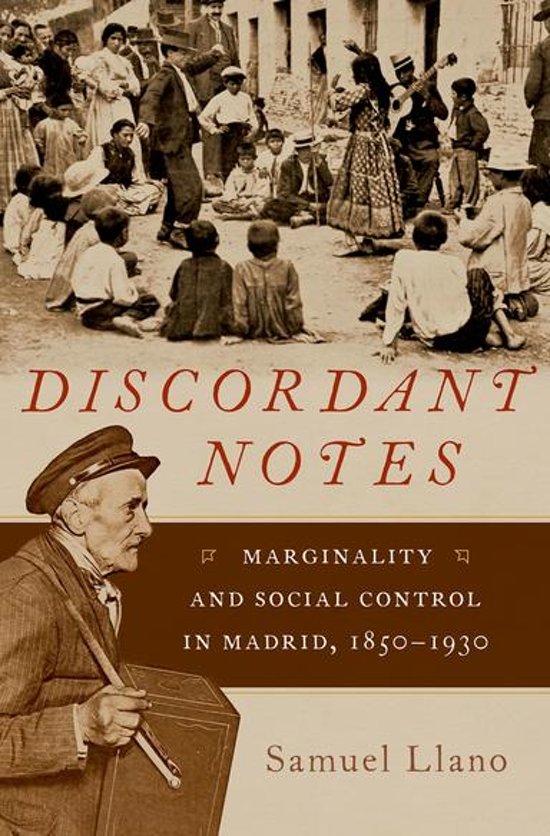 Scholarship on urban culture and the senses has traditionally focused on the study of literature and the visual arts. Recent decades have seen a surge of interest on the effects of sound the urban space and its population. These studies analyse how sound generates identities that are often fragmentary and mutually conflicting. They also explore the ways in which sound triggers campaigns against the negative effects of noise on the nerves and health of the population. Little research has been carried out about the impact of sound and music in areas of broader social and political concern such as social aid, hygiene and social control. Based on a detailed study of Madrid from the 1850s to the 1930s, Discordant Notes argues that sound and music have played a key role in structuring the transition to modernity by helping to negotiate social attitudes and legal responses to problems such as poverty, insalubrity, and crime. Attempts to control the social groups that own unwanted musical practices such as organ grinding and flamenco performances in taverns raised awareness about public hygiene, alcoholism and crime, and triggered legal reform in these areas. In addition to scapegoating, marginalising and persecuting these musical practices, the authorities and the media used workhouse bands as instruments of social control to spread ''aural hygiene'' across the city.

A fascinating discussion of how the labeling of certain forms of music as noise in nineteenth and early twentieth-century Madrid contributed to the discourses (and practice) of social control. A major contribution to the emerging field of Spanish sound studies. * Jo Labanyi, New York University * Samuel Llano's fascinating study presents fresh, thought provoking, insights into Spanish music. This book is a must-read for scholars of Spanish music and will be of great interest to historians and sociologists studying Spanish urban culture. * William Craig Krause, Associate Professor of Music, Hollins University, co-author (with Walter Clark), Federico Moreno Torroba, A Musical Life in Three Acts, Oxford University Press, 2013 * A brilliant exploration of music, noise and the soundscapes that accompanied Madrid's evolution into a modern metropolis. Llano's ground-breaking study of music and marginality delves into the worlds of flamenco, organ grinders and workhouse bands, shedding fresh light on issues of race, class and politics. A truly remarkable contribution to the social history of music. * Michael Christoforidis, Associate Professor, Musicology, Melbourne Conservatorium of Music (Parkville), The University of Melbourne *
Toon meer Toon minder