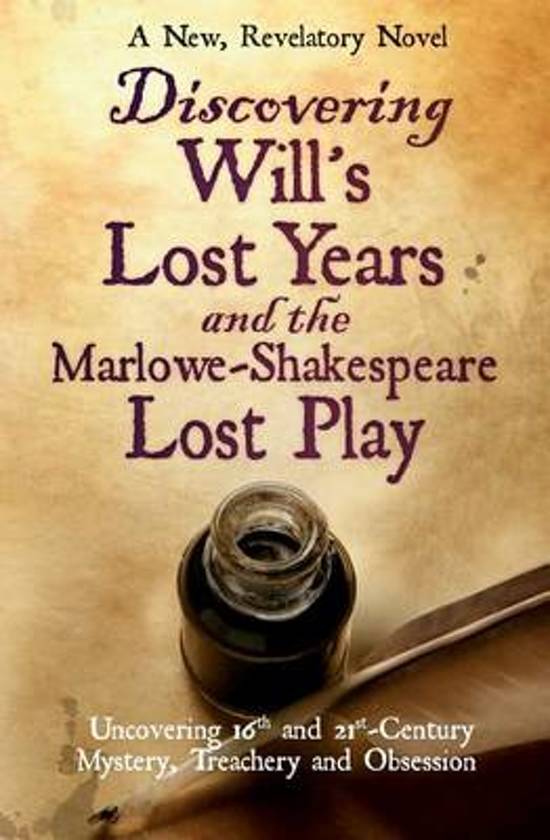 Part One of this original work of fiction relates how two young Elizabethan scholars, Kate Harrison, M.A., Cambridge and Mark Holdaway, M.A., Oxford, learn about the Marlowe-Shakespeare creation and begin an eventful and increasingly dangerous search for the lost play in contemporary London. Part Two visualizes Shakespeare's developmental years in 16th-century Stratford and his considerable travels during young adulthood. The narrative concludes with Will’s initial adventures in London where he wrote, acted, established his presence and then partnered on a new play with Christopher Marlowe in the year before Marlowe's murder. Until now, little is known about William Shakespeare’s early adulthood. The absence of information on his boyhood is equally sparse. This novel reveals those lost years. It describes the preternaturally gifted person he was and details the myriad influences that stimulated him into becoming an unmatched literary genius. Similarly, Christopher Marlowe’s nurturing years in Canterbury are largely a mystery. Like Shakespeare, he came from modest beginnings and attended grammar school. Unlike Shakespeare, he enjoyed the additional privileges of education in an elite secondary school before going up to Cambridge University where he earned two degrees. The advanced scholarship opportunities make Marlowe’s formative years and his later poetic and dramatic achievements less of a conundrum. When they first met, Marlowe was the more innovative writer of the two. Seeing Marlowe’s production of Tamburlaine in blank verse irrevocably changed the playwriting style of many period writers, including Shakespeare. Marlowe also positively influenced the texts of several inceptive Shakespeare plays. The friendship deepened to the point that they co-wrote a play and brought it to near fruition. This novel discloses the subject and scope of their masterpiece. Like many Elizabethan works, the Marlowe-Shakespeare play was tragically lost and never performed. Then, over four-hundred years later, in Part Three of the book, the search for the lost play by Kate Harrison and Mark Holdaway intensified, became competitive, then turbulent and finally deadly. ‘And thereby hangs a tale.’
Toon meer Toon minder