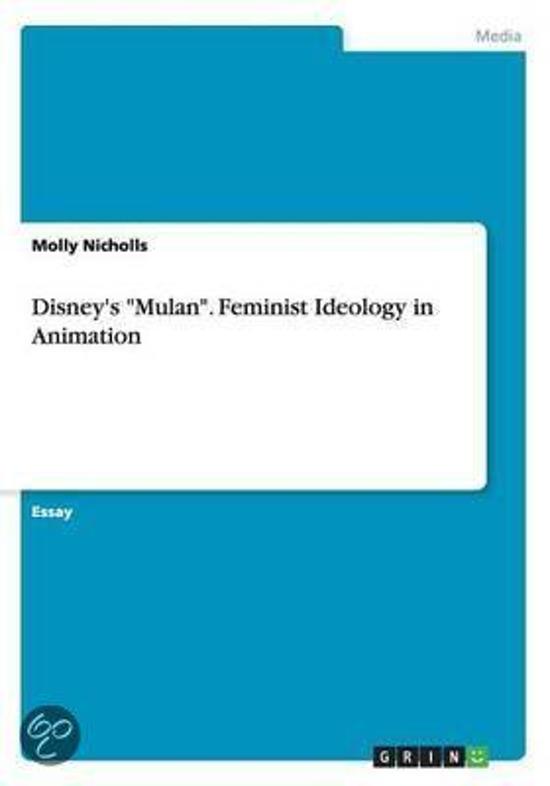 Essay from the year 2015 in the subject Film Science, grade: 2:1, University of Portsmouth (University of Portsmouth), course: English and Media Studies Bsc, language: English, comment: This essay was marked by Dr Rebecca Janicker at The University of Portsmouth on the 7th February 2015., abstract: Animation holds the power to create a narrative of hidden connotations and therefore the ability to distort reality from fairy-tale. This power has led to animation becoming a key way to express ideologies that go against hegemonies. One of the revolutionary narrative discourses in targeting feminist ideologies is that which redefines traditional characteristics of femininity. In discovering the influences on media culture and its development we can be drawn to Disney, as a hugely influential and globally popular animation company, specialising in targeting children with the ability to draw adults into its deeper more sinister relations. Disney's 1998 film "Mulan" (1999), is a westernised adaptation of the Chinese tale of Hua Mulan, a legendary figure from ancient Chinese culture about a girl who took her weak fathers place to fight in the army, as a ploy to save him from almost certain death.
Toon meer Toon minder