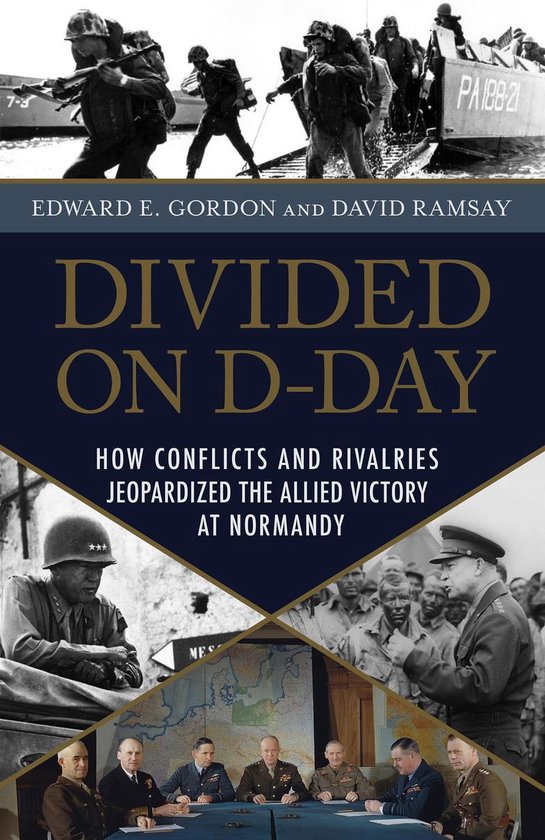 Two historians—one American and one British—examine the ways in which rivalries and personality conflicts among Allied commanders adversely affected the D-Day invasion and its aftermath.In anticipation of the 75th anniversary of D-Day comes this fresh perspective on the Normandy invasion — -the beginning of the end of World War II. The book highlights the conflicting egos, national rivalries, and professional abilities of the principal D-Day commanders who planned and executed the OVERLORD Operation and its aftermath. Two historians, one American and one British, show how lack of cooperation and bad decisions lengthened the war, increased casualties, and allowed the later Soviet domination of Eastern Europe.From their in-depth analysis of past D-Day literature, primary and archival sources, the authors provide insightful answers to the many controversies that have long surrounded the OVERLORD campaign. Among the questions addressed are: What caused the two-month delay for the Allied breakout from the Normandy beachhead. Why did the bulk of the German army escape from the Falaise Pocket? Who stopped Patton's August 1944 advance into Germany? Why did it take so long to open the Port of Antwerp needed for securing the required supplies for the Allied advance into Germany?The evidence presented in this book makes it clear that the problems raised by these questions and many other difficulties could have been avoided if the Allied commanders had been less contentious, a factor that sometimes led to catastrophic battlefield outcomes. Complete with maps that illustrate the campaign's progression and photographs of the commanders and the forbidding battlefield terrain, this new examination of the war in Europe makes a major contribution to our understanding of the decision-making behind these pivotal historic events.