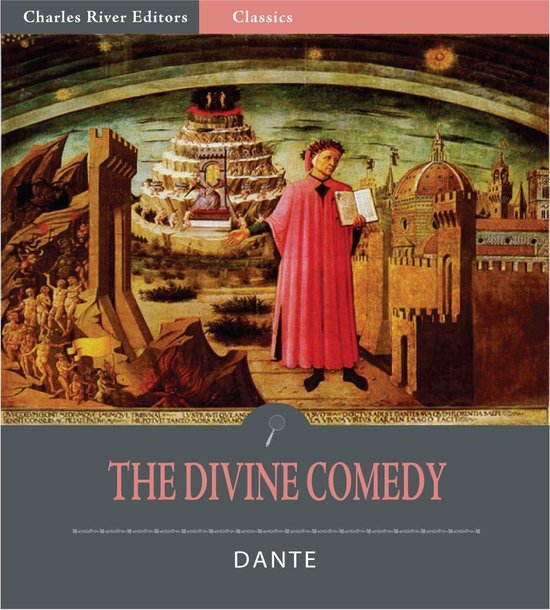 One of the surest signs of fame among men is when one is known solely by his first name, and yet the mention of just that first name makes clear who is being spoken of. So it is with Dante Alighieri (1265-1321), known simply as Dante, thanks to the success of his Divine Comedy, one of the seminal works in human history. With the Divine Comedy, Dante is often considered the master of contemporary Italian, as well as a forerunner of the Renaissance, which began to flourish in Florence around the same time. The Divine Comedy tells of Dantes journey through Hell (the Inferno), Purgatory, and Paradise, guided by famous poets including Virgil. Dantes epic discusses religion, philosophy, and a wide range of subject matter throughout Dantes travels. Although Dante will always be known for Divine Comedy, he also wrote other works, touching on topics like philosophy in works like Convivio and religion and power in De Monarchia. This edition of Dantes Divine Comedy is specially formatted with a Table of Contents and is illustrated with over a dozen illustrations of Dante and his work.
Toon meer Toon minder