Division and Discord Supreme Court Under Stone and Vinson, 1941-53 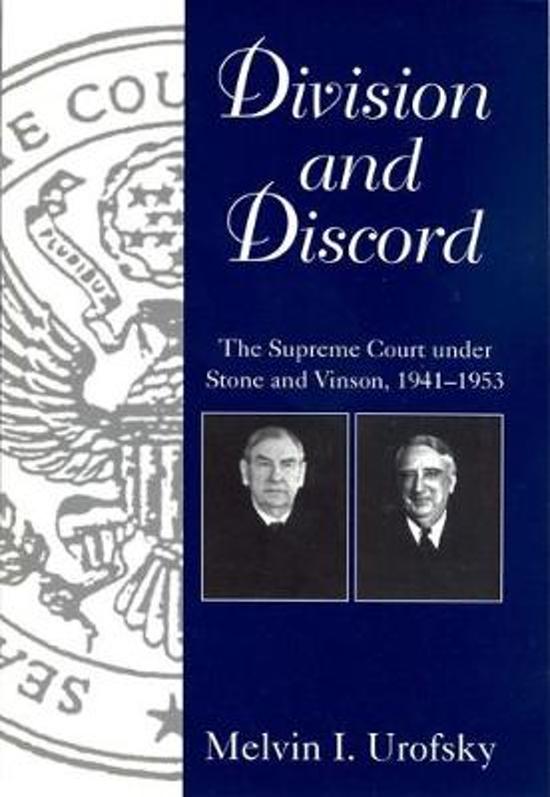 Division and Discord offers a comprehensive appraisal of the Supreme Court during the fractious period that bridged the court-packing fight of the Hughes years and the rights explosion of the Warren era. During the dozen years that Melvin I. Urofsky reviews in this volume, the Court ruled on a range of controversial cases, including the internment of the Japanese, the guilt of the Rosenbergs, and the crimes of Nazi saboteurs. At the same time the judicial body struggled internally to balance the strong wills of some of the most important figures in U.S. judicial history-Hugo Black, Felix Frankfurter, William O. Douglas, and Robert H. Jackson. Urofsky contends that these years play a critical role in modern constitutional history and are not merely a colorful interlude between two better-known eras of Supreme Court history. These years signaled a fundamental upheaval in U.S. jurisprudence-the shift in focus from the protection of private property to the protection of individual liberties.
Toon meer Toon minder