Do Not Go Gentle Poems for Funerals 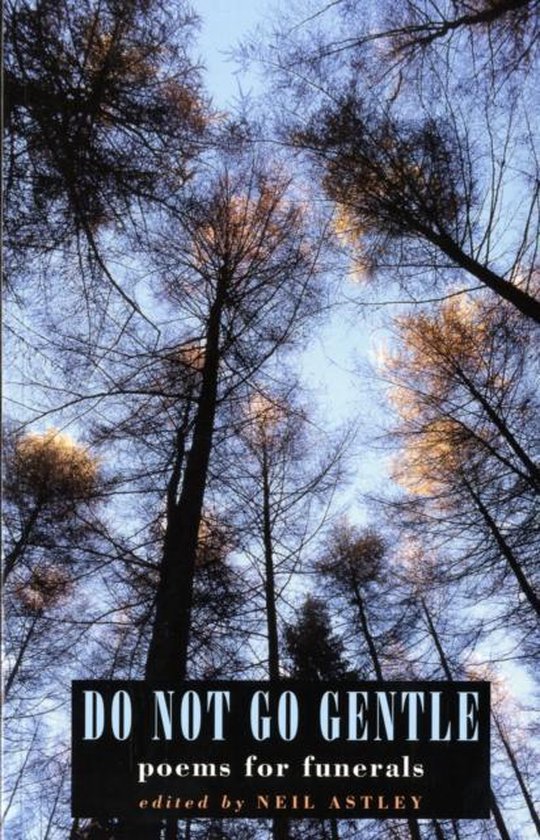 This wide-ranging selection combines popular choices of traditional poems read at funerals with powerful poems by contemporary writers more tuned to our present age of doubt and disbelief. There are poems here for churchgoers and believers, including classic verses of grief and consolation by John Donne, Christina Rossetti, Emily Bronte and Emily Dickinson, the anonymous Do not stand at my grave and weep, and the poems read at Princess Diana's funeral. But there are also poems for people of all faiths and religions, for agnostics and atheists, and most importantly for those who aren't sure what they believe, whose grief over loss is the more intense for not knowing what happens to the soul after death. Grief isn't denied but experienced and made more bearable by being put into memorable words. Searing poems of lament are followed by moving elegies celebrating the lives of those we will always love. Whether and how the spirit survives is then explored in an extraordinary gathering of poems by writers as different and diverse as the Persian mystic Rumi, Zen Buddhist composers of Japanese haiku, and American poets Mary Oliver and Jane Kenyon. Buttressed against their assertions of faith in an afterlife are modern sceptics, from Auden and Larkin to William Carlos Williams and C.K. Williams, whose wrestling with the meaning of death helps us make sense of no sense, mirroring our own anxieties and difficulties. But however various and contradictory these poems, their message chimes with Larkin's famous words, proving 'Our almost-instinct almost true:/ What will survive of us is love.' Unlike other poetry anthologies of loss, mourning and remembrance, Do Not Go Gentle offers a selection of poems specifically for reading at funerals and memorial services. It can also be used for reading aloud to friends and family, or for reading while numbed and bewildered - all times when the right poem can help us share and bear the burden of immediate grief.
Toon meer Toon minder