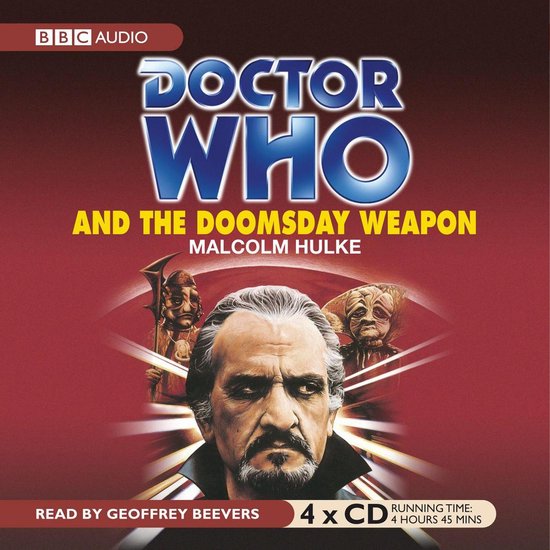 The evil Master has stolen the Time Lords' file on the horrifying Doomsday Weapon with which, when he finds it, he can blast whole planets out of existence and make himself ruler of the Galaxy! The Time Lords direct Doctor Who and Jo Grant in their TARDIS to a bleak planet in the year 2471, where they find colonists from Earth under threat from mysterious, savage, monster lizards with frightful claws! And hidden upon the planet is the Doomsday Weapon, for which the Master is intently searching... Geoffrey Beevers, who played an incarnation of the Master in the classic BBC TV Doctor Who series, reads Malcolm Hulke's complete and unabridged novelisation, based on the TV adventure Colony in Space and first published by Target Books in 1974. 'They're well-written books - adventure stories of course, but with some thought... the creation of the Doctor had a touch of genius about it.' - Westminster Press.