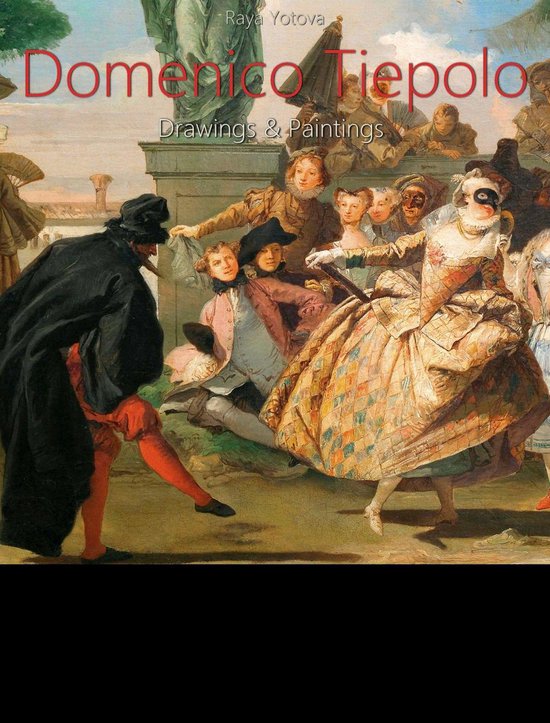 Giovanni Domenico Tiepolo (1727 – 1804) was an Italian painter and printmaker in etching. He was the son of artist Giovanni Battista Tiepolo and elder brother of Lorenzo Baldissera Tiepolo. Domenico was born in Venice, studied under his father, and by the age of 13 was the chief assistant to him. He was one of the many assistants, including Lorenzo, who transferred the designs of his father (executed in the 'oil sketch' invented by the same). By the age of 20, he was producing his own work for commissioners.


He assisted his father in Wurzburg 1751-3, decorating the famous stairwell fresco, in Vicenza at the Villa Valmarana in 1757, and in Madrid at the palace of Charles III from 1762-70. His painting style developed after the death of his father in 1770, at which time he returned to Venice, and worked there as well as in Genoa and Padua. His painting, though keeping the decorative influence of his father, moved from its spatial fancy and began to take a more realistic depiction. His portraits and scenes of life in Venice are characterised by movement, colour, and deliberate composition.


After a lapse of 15 years, his work developed from the religious and mythological subjects of his father to a more secular style. He produced 104 sketches of Punchinello, the standard character of the commedia dell'arte (which would later become Punch in Punch and Judy), a physically deformed clown. These were created as 'Entertainments for the Children', and attempted to poke fun at the pretensions and behaviour of the viewer.


The same protagonist featured in frescos (1759-1797) in his villa di Zianigo near Mirano. These frescoes were detached and nearly sold to be sold in France, but the then Minister of Public Education, blocked the export and acquired them for the city of Venice. Since 1936, they have been on display, in a near replica of the original arrangement, in the Ca Rezzonico Museum on the Grand Canal. The frescoes have undergone recent restoration.[1] The scenes depict often cryptic events, part genre and part epic-farce, of crowds of Pulcinellos at play and work, as well as a carnival scene. The genre thematic and humor are strikingly different from the grand epic apotheoses painted his father.


Many of Domenico's works are drawings with ink wash, and he was a fine draftsman, although weaker than his father. His St. Ambrose Addressing the Young St. Augustine sketch is typical of the commissions he would receive. St. Ambrose, with the crozier and mitre, addresses and gives religious instruction to the beardless Saint Augustine. The composition has the pomp and grandiosity of his father's work, set out as if part of a theatrical display. He, however, takes 18th-century Venice as the setting for this 4th-century act, drawing on his experience of the city and his many works depicting life in it.


Domenico was also a significant printmaker in etching, often reproducing his own or his father's paintings. Nevertheless, he produced an original series of twenty illustrations of the Flight into Egypt, and one of the fourteen Stations of the Cross.