Donald Featherstone's Wargames Through the Ages Volume 1 A Wargaming Guide to 3000 B.C to 1500 A.D 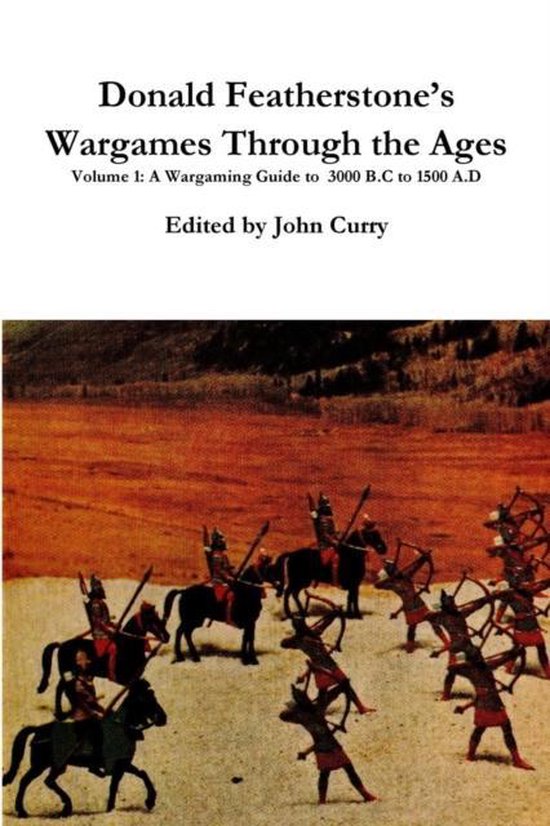 Wargames through the Ages was first published to fill a gap in literature of the hobby of wargaming. It was a one volume summary of ancient and medieval warfare. After many years of research and writing on the subject of wargaming, Donald Featherstone provided, under one cover, all the information that a wargamer required to build up armies in the ancient and medieval period. Each period of warfare was considered and details given of the soldiers themselves, their dress, arms and equipment, leaders, tactics and their style of fighting. The major wars and battles were listed, so that further information could be obtained by reading other accounts of these conflicts and the biographies of those leaders. Each section details techniques and style of fighting of the various nations and armies and other suggestions how they could best be simulated on the table-top battlefield. Superb drawings of the soldiers in their various battle uniforms add much to the attractiveness of this book.
Toon meer Toon minder