The women of DSS have returned for more erotic fun. The Dahlia Sampson School of Higher Learning, formerly an exclusive women's college, admitted ten young men for the 1972-1973 school year. To date, the experiment has not met with total success, despite the efforts of new Assistant Principal Jane Anderson, a hardline disciplinarian hired to keep the schoolboys under control. The 'Wicked Witch of the West', as she is known by students of both genders, wants to implement harsh regimens of regular humiliation and as-needed corporal punishment for the boys. Supporting her efforts to increase discipline is Mrs. Angela Olsen, the college's oversexed Office Manager and wife of State Senator John Olsen.


Is it any wonder the unfairly treated male students have begun calling their college, the Double Standard School?

The DSS faculty recreate an antebellum auction for the Senior Class.

Doug is accused of having drugs in his school locker.

Mary keeps Doug company in the Principal's Office while the police inquiry continues.


Story 14: Playtime Is Over


Story 15: Smoking Is Bad For Your Health

Mark, Gina, and Samantha get caught smoking on school grounds.

Will Doug dare to make out with Sam, the daughter of strict Mrs. Olsen?

Brett becomes the next school mascot.

The young men and women admire one another's school-authorized swimwear.

The schoolgirls give their classmates a hard time during their first shared swim lesson. 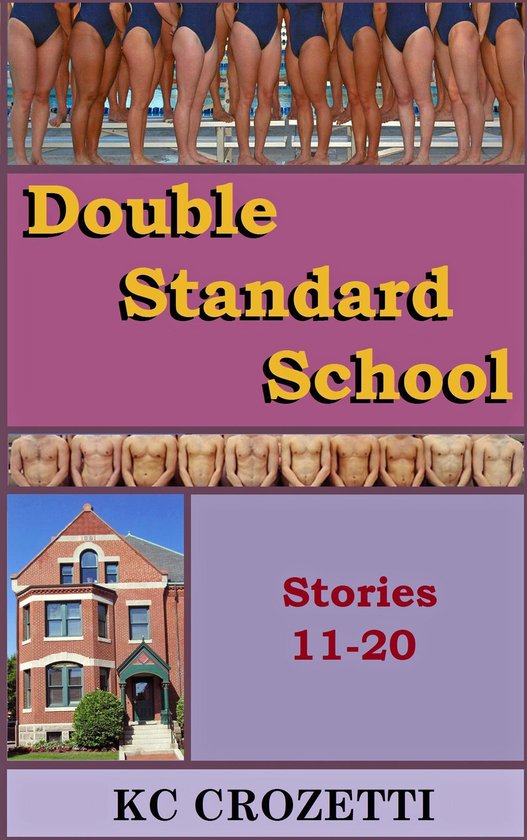