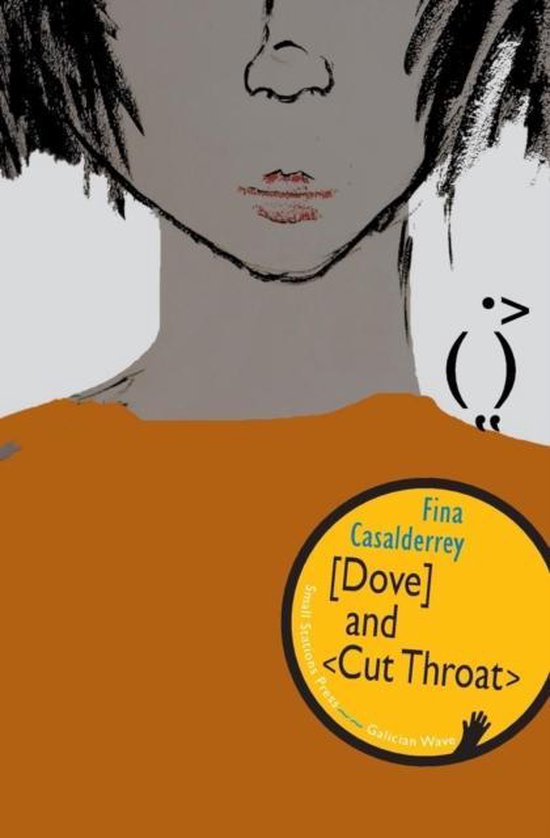 
AndrE SantomE Lobeira is a teenager whose parents divorced when he was five. He puts on a front at school to defend himself against the bullies RaUl Pernas and HEctor Solla, who do everything they can to make his life miserable. He starts deliberately getting low marks in the hope they will ignore him. This encourages his grandfather to intervene, and AndrE goes to live with his grandparents, who run a restaurant, The Birdhouse, in the garden of which his grandfather has an orphanage for birds. AndrE finds a baby cut-throat finch, a finch with a red line across its neck, and keeps it as a pet. He is torn between two girls - Halima, a Moroccan girl in his class whose mother died as they were crossing into Spain, who helps him stand up to the bullies; and Dove, a girl he meets on the Internet, who helps him with his homework and when his grandfather falls ill. Dove arranges for them to meet in person, but AndrE is afraid this will ruin their friendship and feels a strange sense of betrayal to the other girl in his life, Halima. He almost wishes Dove had never arranged their meeting... Fina Casalderrey is one of Galicia's foremost writers of young adult fiction, with over forty works to her name. She is the recipient of the Spanish National Prize for Literature and has twice been nominated for the prestigious Astrid Lindgren Memorial Award. Other titles in the series Galician Wave include: "Black Air" by AgustIn FernAndez Paz, "The Painter with the Hat of Mallows" by Marcos Calveiro and "Dragal I: The Dragon's Inheritance" by Elena Gallego Abad.
Toon meer Toon minder