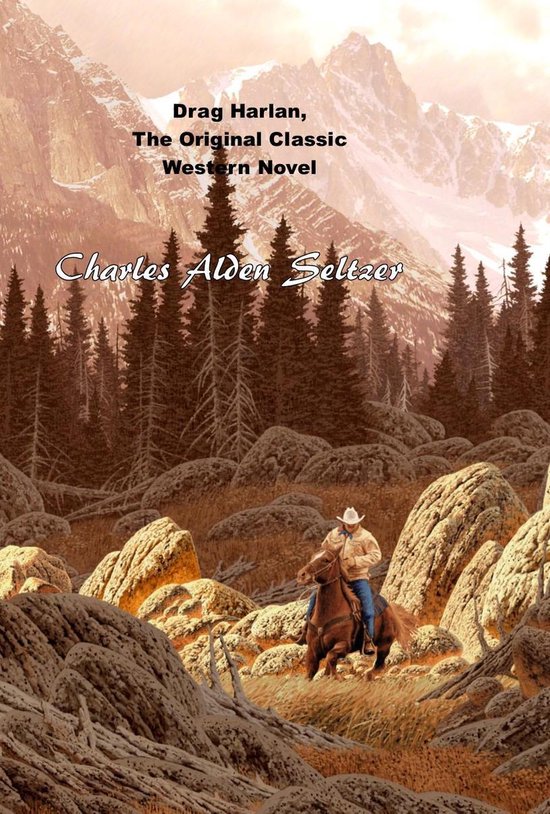 From out of the shimmering haze that veiled the mystic eastern space came a big black horse bearing a rider. Swinging wide, to avoid the feathery dust that lay at the base of a huge sand dune, the black horse loped, making no sound, and seeming to glide forward without effort. Like a somber, gigantic ghost the animal moved, heroic of mold, embodying the spirit of the country, seeming to bear the sinister message of the desert, the whispered promise of death, the lingering threat, the grim mockery of life, and the conviction of futility.


The black horse had come far. The glossy coat of him was thickly sprinkled with alkali dust, sifted upon him by the wind of his passage through the desert; his black muzzle was gray with it; ropes of it matted his mane, his forelock had become a gray-tinged wisp which he fretfully tossed; the dust had rimmed his eyes, causing them to loom large and wild; and as his rider pulled him to a halt on the western side of the sand dune—where both horse and rider would not be visible on the sky line—he drew a deep breath, shook his head vigorously, and blew a thin stream of dust from his nostrils. 2


With head and ears erect, his eyes flaming his undying courage and his contempt for distance and the burning heat that the midday sun poured upon him, he gazed westward, snorting long breaths into his eager lungs.


The rider sat motionless upon him—rigid and alert. His gaze also went into the west; and he blinked against the white glare of sun and distance, squinting his eyes and scanning the featureless waste with appraising glances.