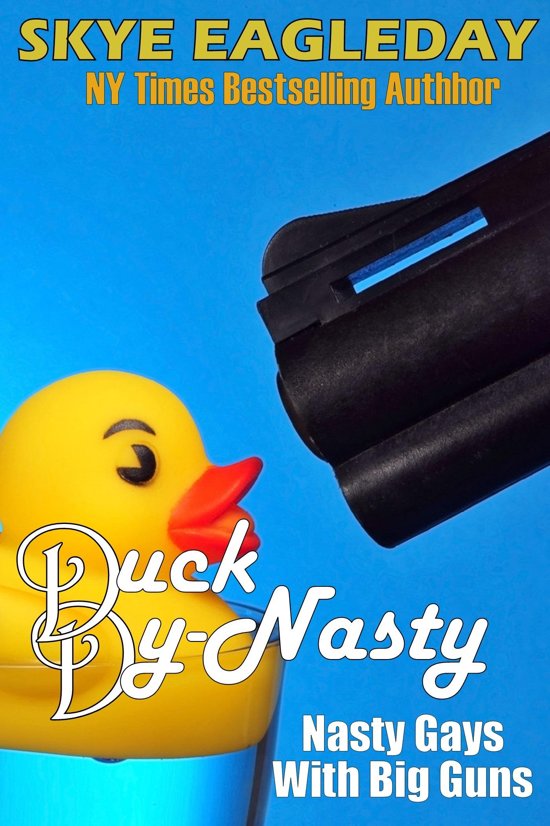 
Doug saw Evan looking intently at the group photo on the bookshelf. "What do you think of the guys?"


Evan sighed. "I hate myself--however I still would, but only in my darkest hour, and only from the back and only after putting on a full body condom covered in liquid antibiotics. Maybe I'll need some bleach for my eyeballs afterwards." He pushed the cowboy hat he was wearing higher up on his forehead and leaned closer to the photo. "Who's the one with the ZZ Top beard and the big cross?"


"His name is Phil, aka the Biggest Bottom in Louisiana. You probably recognize him from a dumb ass reality show. Quack Quack. We consider him the ingrown hair turned cyst on humanity's nutsack. You know, I always suspected you were a closet wrinkle chaser."


"Nah," laughed Evan, "I'm just an equal opportunist, but I will admit I would enjoy banging a guy who can use his lips to even seduce a duck." He turned back to face his friend. "Since you're being so personal, what the hell is wrong with you?"


"Have any of the moonshine left?"


"Do I look like I have anything alcoholic left?"


"Looks like we have to hit the bars, then. I don't want to keep looking at you and staying sober."


"Just let me get my coat and maybe throw up again."