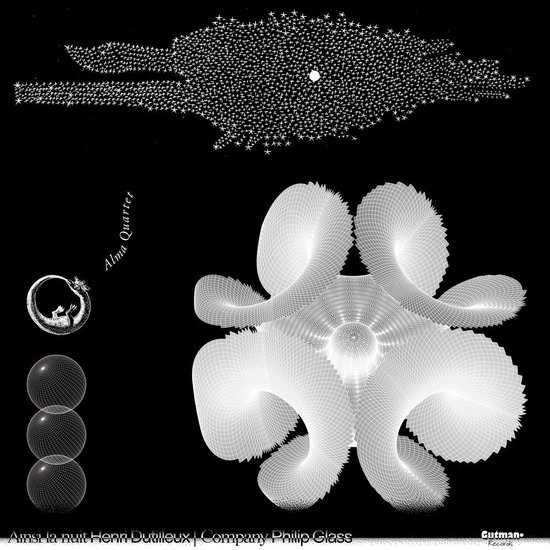 What do composers Henri Dutilleux and Philip Glass have in common? Listen to their oeuvre and you're inclined to think: little. So little you could begin to wonder how often these icons of 20th Century classical music have ever been mentioned in the same sentence. It's hard to find two composers whose musical languages are further apart from each other. Glass is the American who is widely loved and whose music is deeply rooted in repeating and shifting rhythmic patterns. His pieces are heard everywhere -in films, in theaters, at festivals. Alternatively, the interwoven sound structure of Dutilleux (1916-2013), at the same time so original, and in his search for new colors, is so typically French. Where Glass is regarded as extremely accessible, Dutilleux is considered intellectually 'challenging' -his music is for an audience of connaisseurs. Nevertheless one finds the music of these two gentlemen on each side of one lp, in which Glass and Dutilleux are literally opposite poles. The Alma quartet couples Dutilleux's Ainsi la nuit... (Thus the Night..., 1976) with Glass's Second String Quartet Company (1983). Merlijn Kerkhof
Toon meer Toon minder