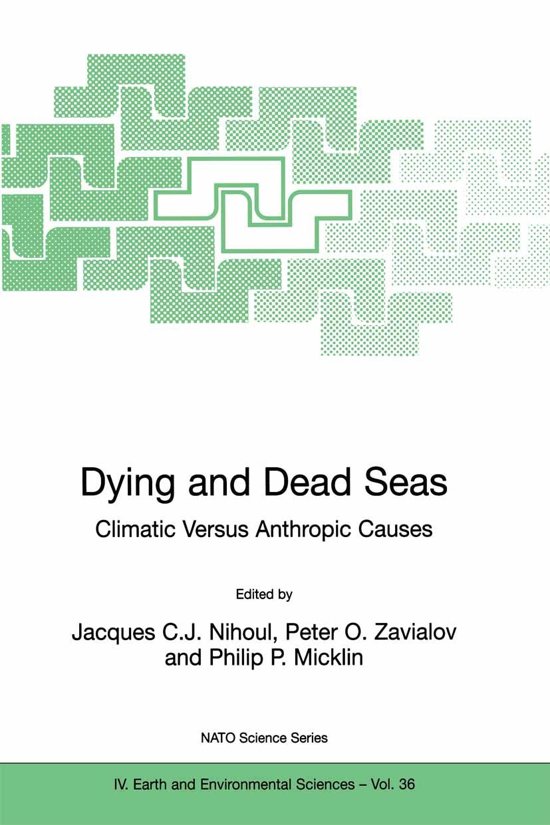 There are incentive indications that the growth of human population, the increasing use and abuse of natural resources combined with climate changes (probably due to anthropic pollution, to some extent) exert a considerable stress on closed (or semi-enclosed) seas and lakes. In many regions of the world, marine and lacustrine hydrosystems are (or have been) the object of severe or fatal alterations, from changes in regional hydrological regimes and/or modifications of the quantity or the quality of water resources associated with (natural or man-made) land reclamation, deterioration of geochemical balances (increased salinity, oxygen's depletion .. . ), mutations of ecosystems (eutrophication, dramatic decrease in biological diversity ... ) to geological disturbances and to the socio-economic perturbations which have been - or may be in the near future - the consequences of them. Seas and lakes are dying all over the world and some may be regarded as already dead and there is an urgent need to try to understand how this is happening and identify the causes of the observed mutations, weighing the relative effects of climatic evolution and anthropic interferences. This book is the outcome of the NATO Advanced Research Workshop, held in Liege in May 2003. The Workshop was organized at th the University of Liege as a follow on meeting to the 35 International Liege Colloquium on Ocean Dynamics, dedicated in 2003 to Dying and Dead Seas. The book contains the synthesis of the lectures given by 16 main speakers during the ARW.