Dying in the Past 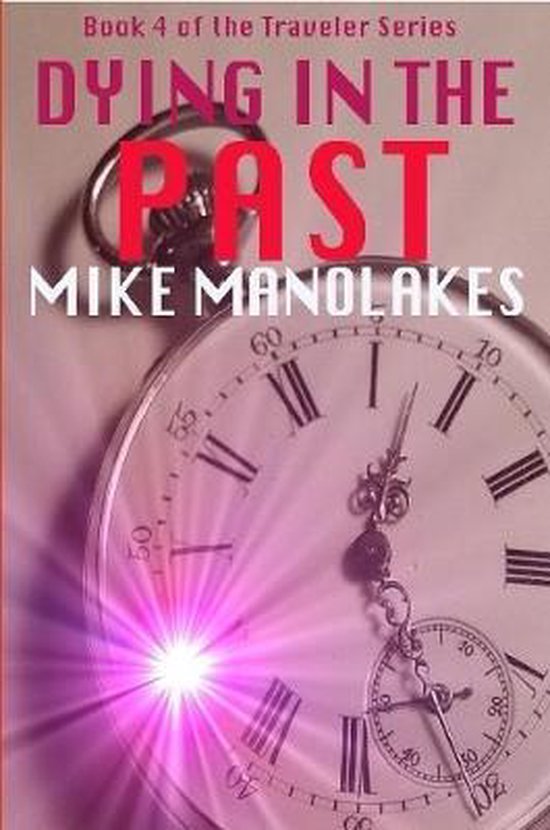 Dying in the Past is the fourth book in The Traveler Series, which began with Variation Seven and continued in Strange Times and Living in the Future. Travelers are the men and women who possess timebands -- cybernetic devices that allow the wearer to travel in time and change history. There are only twelve timebands and twelve Travelers, and those individuals have divided themselves into two rival factions, each with a different view of what the destiny of mankind should be. One group is attempting to steer humanity toward a bright future where it colonizes the stars, and the other is determined to work toward the extinction of the human race before it can infest the galaxy like spreading plague.

A desperate act by a rogue time traveler has rewritten the history of North America, and now Ruthie Terwilliger and her fellow Travelers find themselves in a vastly different America, a land where Native American culture still dominates, and most traces of British influence have been wiped away. Ruthie finds herself in an uneasy alliance with her worst enemy, Sarah Rickert, as she tries to locate her scattered teammates and find her way through a strange and altered nation. But she and her husband Miles have become the targets of two unknown Travelers, a pair of psychopathic twins want their timebands and will kill to get them.

Dying in the Past is the fourth book from author Mike Manolakes in the Traveler Series, the story of Ruthie, her friends and foes, and the alternate histories they create. The Traveler Series will take readers on a trip through worlds that never were: a modern industrialized America where Native American culture remained dominant, or a secret city of religious cultists built on the ruins of Manhattan. For readers who enjoy exploring the various "what ifs" of history, Dying in the Past and the Traveler Series will provide unexpected twists and turns as Ruthie discovers the unexpected potential in the power that the timeband gives her.
Toon meer Toon minder