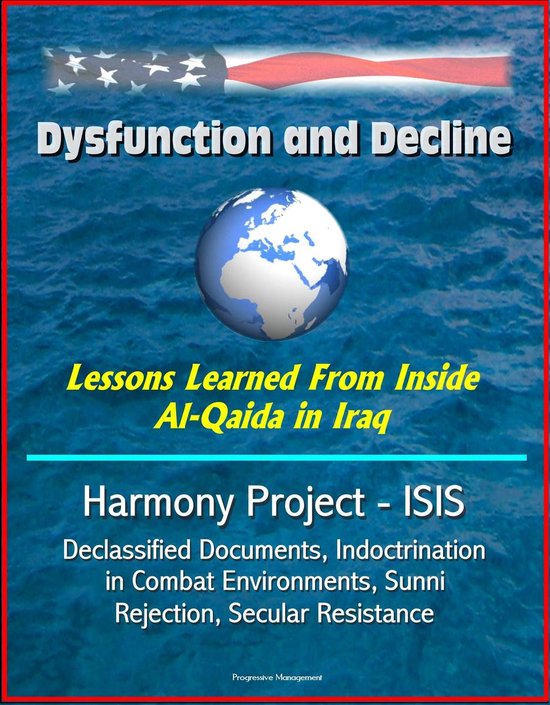 Professionally converted for accurate flowing-text e-book format reproduction, this book is based in part on newly declassified documents drawn from the Department of Defense's Harmony database.


Al-Qaida in Iraq (AQI) is a shadow of its former self, primarily because broad sectors of Iraq's Sunni population rejected it after more than three years of active and tacit cooperation. Anger over AQI's brutal radicalism infused the Sunni backlash against jihadists, but AQI also made two fundamental strategic overreaches that exacerbated its alienation from Sunnis in Iraq. First, it incited a sectarian backlash from Iraqi Shi'a without the means to defend Iraq's Sunnis from the onslaught it provoked. Second, AQI created a formal political entity, the Islamic State of Iraq (ISI), to dominate Iraq after a U.S. withdrawal without adequate support from Iraq's Sunni population.


These strategic missteps angered and frightened Sunni tribesmen, but the mechanisms of AQI's decline were even more mundane. Pressure from U.S. and Iraqi forces compounded the group's endemic operational weaknesses to create a self-reinforcing cycle of command and control failure, tactical mistakes and logistical disconnect that hastened the group's descent into simple thuggery, which reinforced AQI's alienation from local populations.


During AQI's decline, one of its commanders produced a detailed ''lessons learned'' document to capture the mistakes AQI made in Iraq. The most important were:


Failure to understand the Iraqi people,

Use of unreliable smugglers in Syria,

Tension between foreign fighters and Iraqi members of AQI,

Poor use of financial resources.