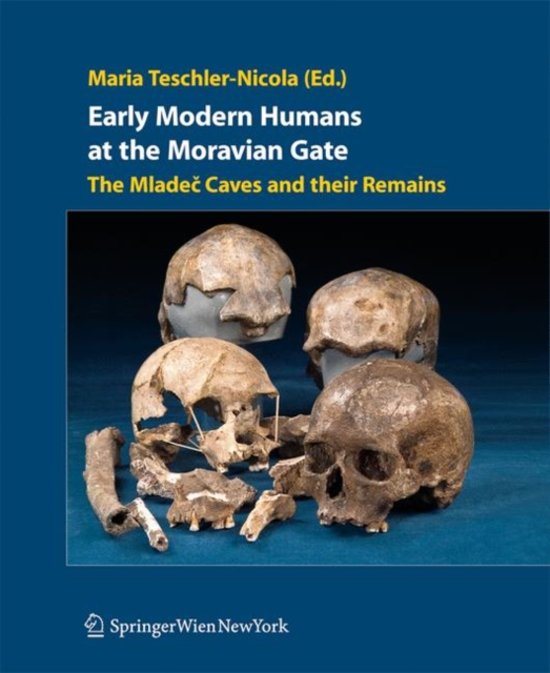 The early Upper Palaeolithic human fossils from the Mladec ? (Lautsch) cave (German Furst Johann's Hohle) are among the most valuable inventories of the Vienna's Natural History Museum (Naturhistorisches Museum Wien). They are closely associated with the early history of the - seum, the Anthropological Department in particular, and remain at the centre of scientific disc- sion on the biological and cultural evolution of early modern humans. The history of the retrieval and preservation of these finds is marked by circumstances and events that are both fortunate and tragical. Geologist Ferdinand von Hochstetter and his assistant Josef Szombathy played a key role in the discovery. Very successful in a variety of positions, and acting for a number of institutions, Hochstetter also played a specific role in establishing the science of man in Vienna. President of the Geological Society and First Director of the newly created imperial-royal Court Museum, he founded the Anthropological-Ethnographical Depa- ment and became its Director. The fact that he was also a Real Member of the Academy of Sci- ces and chairman of the Prehistorical Commission of the imperial Academy of Sciences, founded in 1878, was also of particular importance in the context of early speleological research. This Commission was entrusted the task of initiating and promoting speleological investigations and palaeo-ethnographical studies and excavations on Austrian territory and of preventing the - scientific exploitation of major sites for private purposes .
Toon meer Toon minder