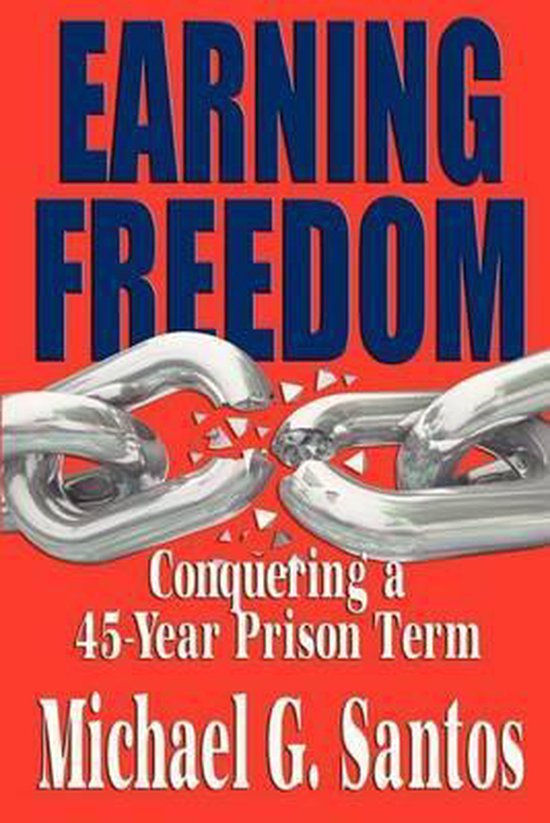 On August 11, 1987, when I was 23 years old, DEA agents arrested me. I served the next 9,135 days in federal prisons of every security level. On August 13, 2012, authorities released me. EARNING FREEDOM shows readers how I began to transform my life from inside of a county jail. It shows the steps I took to develop values, skills, and resources that would empower me through a quarter century in confinement. My disciplined and deliberate adjustment began with a principled plan, a commitment to serve my sentence with dignity. I thought about law-abiding citizens and wondered what I could do to earn their forgiveness for the bad decisions I had made during a reckless transition between adolescence and adulthood. Those thoughts led to a three-part plan: I would work to educate myself, I would work to contribute to society, and I would work to build a support network that would have a vested interest in my success upon release. By embarking upon the first prong of the strategy and sticking with it, I earned a bachelor of arts degree from Mercer University and a master's degree from Hofstra University. For the second prong of the strategy, I wrote numerous books to help others understand prisons: the people they hold, how they work, and strategies for growing through confinement. With regard to the third prong, I worked every day to build a support network that would help me succeed upon release as a law-abiding, contributing citizen. To build my support network, I created a document that I called "my portfolio." It was a binder that included copies of my degrees and letters of recommendation that I asked my professors to write on my behalf. Whenever I read of someone whom I thought might have an interest in my work, I reached out by sending a letter and a copy of my portfolio. For every 100 letters I wrote, I received one or two responses. Some of those people were distinguished scholars who wrote extensively about the prison system. People like Norval Morris, from The University of Chicago, John DiIulio, from Princeton, and Joan Petersilia, from Stanford Law School. They became mentors to me, opening numerous opportunities that few would think possible for a man serving a lengthy prison term. It worked so well that I met the love of my life, Carole, while serving a quarter century in prison. We married in a prison visiting room and nurtured our marriage through my final decade of imprisonment. Using blank pages of paper, I drafted a design for a website that I wanted Carole to build. The purpose of the site was to help others understand prisons, the people they hold, and strategies for growing through confinement. I wanted to document my journey, to show others the values-based, goal-oriented approach I took to the adversity of my life. I wanted others to see that with deliberate action steps, an individual could triumph over his environment. Efforts that Carole and I made to live transparently, using the Internet to memorialize our journey, helped to broaden my support network and opened opportunities that I could leverage upon my release. They enabled me to earn an inner freedom, even if I remained in prison. On August 13, 2012, Carole picked me up from prison and drove me to a halfway house in San Francisco. This book tells the story of my journey. The context of my story may be prison, but my message is decidedly human, as we all face adversity of one kind or another. Mine is a message of hope, perseverance, and deliberate action. It shows that regardless of what challenges an individual or business faces today, that individual can set a principled plan to overcome those challenges. That is the essential message of EARNING FREEDOM.
Toon meer Toon minder