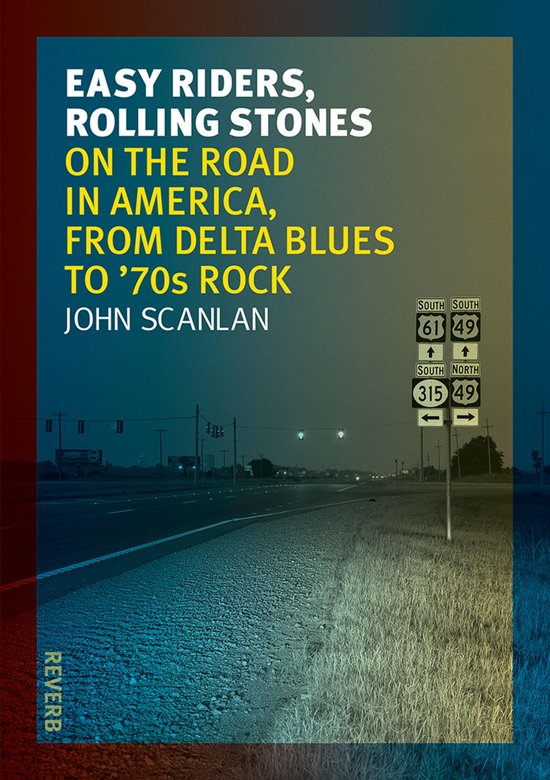 Easy Riders, Rolling Stones delves into the history of twentieth century American popular music to explore the emergence of 60s "road music." This music—which includes styles like blues and R&B——­­took shape at pivotal moments in history and was made by artists and performers who were, in various ways, seekers after freedom. Whether journeying across the country, breaking free from real or imaginary confines, or in the throes of self-invention, these artists incorporated their experiences into scores of songs about travel and movement, as well as creating a new kind of road culture.


Starting in the Mississippi Delta and tracking the emblematic routes and highways of road music, John Scanlan explores the music and the life of movement it so often represented, identifying "the road" as the key to an existence that was uncompromising. He shows how the road became an inspiration for musicians like Jim Morrison and Bob Dylan and how these musicians also drew stimulus from a Beat movement that was equally enthralled with the possibilities of travel. He also shows how the quintessential American concepts of freedom and travel influenced English bands such as the Rolling Stones and Led Zeppelin. These bands may have been foreigners in the US, but they also found their spiritual home there—of blues and rock "n' roll––and glimpsed the possibility of a new kind of existence, on the road.

*Easy Riders, Rolling Stones *is an entertaining, rich account of a key strand of American music history, and will appeal to both road music fans and music scholars who want to "head out on the highway."

'Beginning with early blues artist Charley Patton, [Easy Riders] explains how a mythology can quickly build up around itinerant musicians who never stay in one place too long ... a fascinating read for anyone who's ever wanted to head out on the highway.' - Classic Rock magazine 'The road has long been one of the most evocative cultural motifs in popular music. In Easy Riders, Rolling Stones John Scanlan provides a fascinating account of the emerging relationship between music and movement, from its origins in the pre-war Mississippi Delta to its deafening denouement in the rock shows of the 1970s.' - Matthew Gandy, Professor of Geography at University College London