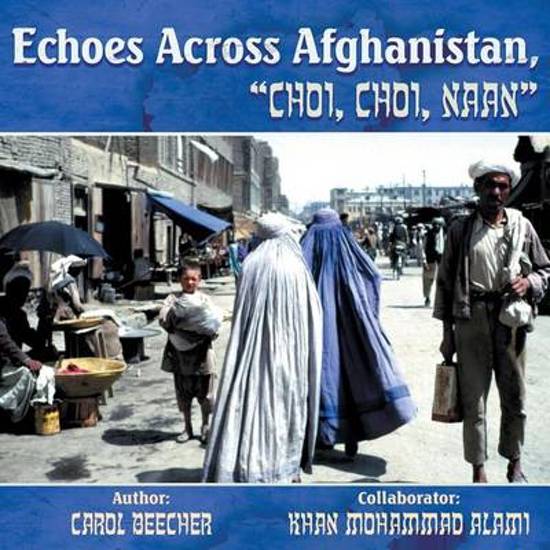 Echoes Across Afghanistan, "Choi, Choi, Naan" is an intertwining story of American women as Peace Corps volunteers who vaccinated women and children against smallpox in Afghanistan, and of a young Pashtun male vaccinator, Khan Mohammad Alami. The American vaccinators spent two years, from 1967 to 1969, traveling on mobile vaccinating teams, living without electricity, indoor plumbing, or toilets, and sleeping each night on a dirt floor in a different village.
Eighteen years later, the author received a phone call from "a voice from your past" and discovered that Khan was now living in Herndon, Virginia, and working at the Voice of America. His life, as he related it, is an exciting story to read but had been an extremely dangerous one to live. It included his work with the American Embassy, arrest, interrogation, and torture by the secret police, and his harrowing escape with his wife and three children to Pakistan.
To me, life is a trip traveling on an uncharted path. My trip began in 1941 growing up on a small farm in rural Pennsylvania and going to a one room schoolhouse with eight grades. I went on to get a bachelor of arts degree from Pennsylvania State University, a master's degree from Chapman College, and to go tent camping in the National Parks and youth hostelling throughout Europe. I vaccinated women and children against smallpox in Afghanistan as a Peace Corps volunteer, and then had a career in the Federal Civil Service until retirement and the writing of this book. Traveling and experiencing the cultures and ways of life of people different from myself has been one of the driving forces in choosing my life's path. The people I have encountered, whether by design or chance, while on my life's trip have changed me forever.
Toon meer Toon minder