Echoes of Gedaliah I 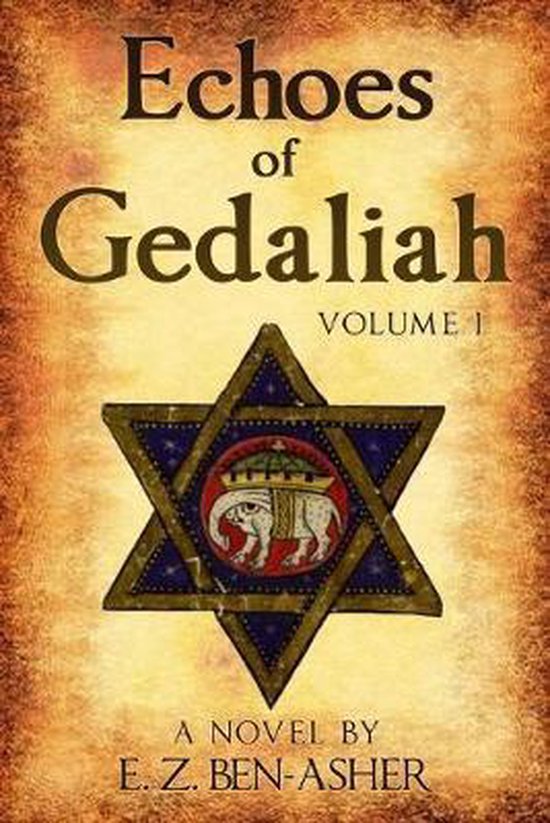 Is the very creation of the State of Israel built upon a murder cover-up? Possibly. History is written by the victors, and accepted history teaches that the legendary founder of Zionism, Dr. Theodor Herzl, died in 1904 of natural causes at the relatively young age of forty-four. What history brushes aside as an inconvenient fact, however, is the disturbing truth that Herzl died just a few months after he accepted an offer from the British to establish a Jewish State in Uganda, instead of in the Promised Land. Did Herzl, widely considered to be the spiritual father of modern Israel and cherished icon of Jews around the world, really die from heart disease? Or was he murdered because he had turned traitor to those adoring masses of persecuted Jews who had placed their faith in his oath of an imminent return to Zion? And if Herzl was assassinated, which of his many enemies was to blame? In the sweeping novel Echoes of Gedaliah, E.Z. Ben-Asher weaves a heady blend of suspense, historical fiction, action and romance as this dual timeline tale hurtles the reader through some uncomfortable truths which challenge one of the central foundation myths of the Jewish State.The adventure begins with a chance meeting between Tzipora, a college student, and the enigmatic Neshama Kakungulu, a young Israeli army officer born in Kenya of an Israeli mother and a powerful, black, Jewish father obsessed with Africa's role in biblical prophecy. The two young people become caught up with a strange entry found in an old engineering journal kept by Tzipi's grandfather, an Israeli agronomist who died in Kenya in 1964. The novel follows these young friends as they search for answers, moving deftly back and forth between two exciting story lines. Historically, we are immersed in the tumultuous tale of Herzl's last year alive, as he battled relentlessly, but with increasing desperation, to secure a homeland — any homeland - for the Jewish people in an increasingly dangerous world. A battle that, had Herzl ultimately prevailed in his bid for a Ugandan Jewish State, may very well have changed the tragic fate of six millionHolocaust victims. The modern storyline follows the young duo as they are led across the globe and through time in their pursuit to uncover the truth behind Herzl's demise and Zionism's contentious victory. Both storylines are interconnected and filled with unforgettable characters.Echoes of Gedaliah is a work of epic scope and serious historical scholarship, wrapped in a tightly plotted, fast-paced thriller which will leave the reader, Jew or Gentile alike, with a much clearer understanding of the problems we face in the Middle East today. The novel confronts not only the political theory of Zionism, which resulted in the birth of the State of Israel in 1948, but it also raises many critical questions that most modern Jews have a difficult time answering: What does it really mean to be a Jew? Is Israel a religious State, or is it a secular one? Must one be a Zionist to be a good Jew? And where is the Torah itself in the ideological planks of a cutting-edge, modern nation which calls itself the Jewish State? This mesmerizing debut novel is divided into two volumes, totaling over 1,100 pages, yet the tightly-paced story will carry the reader along to the very last page. Both volumes are sold separately. No reader will be able to finish this eye-opening tale without a better appreciation of the complicated history of Judaism, the internecine affairs of the Jews themselves, and of the future of the Promised Land.
Toon meer Toon minder