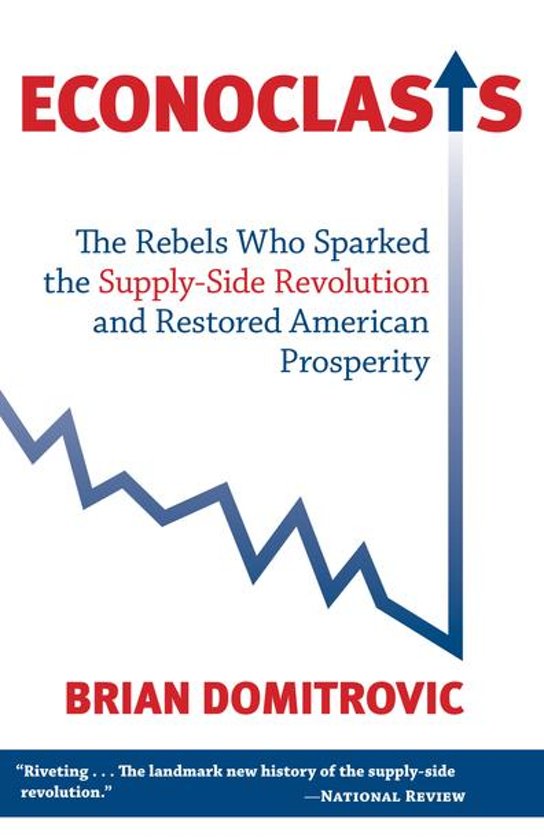 Many Americans struggling to come to grips with the economic crisis have compared the current situation to the Great Depression of the 1930s. Strangely, they have not thought to make a comparison closer in time: to the ruinous 'stagflation' of the late 1970s. But now, in the riveting and genuinely groundbreaking book Econoclasts , historian Brian Domitrovic reminds us that the greatest and most consequential of the twentieth century's economic counterrevolutions emerged in response to the 1970s crisis: supply-side economics. In a pulsing narrative, Domitrovic tells the incredible story of the economists, intellectuals, journalists, and policy wonks who showed America how to get out of the 1970s funk and who ushered in an unprecedented quarter-century run of growth and expansive entrepreneurial opportunity. Based on the author's years of archival research, Econoclasts explodes numerous myths about supply-side economics, which flew in the face of the dominant economic thinking of the time and is frequently disparaged even today. Supply-side economics succeeded, Domitrovic shows, because it restrained the two great means of governmental intervention in the economy, the income tax and the Federal Reserve. Econoclasts is a masterful narrative history in the tradition of Amity Shlaes' The Forgotten Man and John Steele Gordon's An Empire of Wealth . It is also impeccably timely: this is a story we must know if we are to understand the foundation of America's prosperity - a foundation that is now under increasing attack.
Toon meer Toon minder

Should serve as a roadmap to revitalizing the private sector. This sharply written, thoroughly-researched narrative weaves together financial history, economic doctrine, and character study so skillfully that recent decades' policy debates become not only comprehensible, but at times, downright exciting. . . . A vivid and deeply researched look at the forces that unleash prosperity, move history, and enhance great nations. In our time of loose money and rising taxes, supply-side's second revolution may begin with this book. --Real Clear Markets Couldn't be more timely. Econoclasts reminds us of what's wrong with current policy. Domitrovic adds significant value in his review of Carter- and Reagan-era economics. --Amity Shlaes, bestselling author of The Forgotten Man: A New History of the Great Depression A brilliant look at America's last economic crisis and Ronald Reagan's supply-side solutions that finally ended it. The same free-market incentive model would work today. This is the book Americans need to read now, as our leaders rush forward to deal with the present crisis without consulting the lessons of the past. --Larry Kudlow, host of CNBC's The Kudlow Report I've never read anything on the subject of economics that surpasses this extraordinary book for its lucidity, richness, depth, intelligibility, savvy, and sheer intellectual excitement. Its publication could hardly come at a better time, as the fatal attraction of statism seems to have reemerged, one more time, from the murky depths to which it had been consigned. --Wilfred McClay, award-winning historian, SunTrust Bank Chair of Excellence in Humanities at the University of Tennessee at Chattanooga Fascinating. Domitrovic has corrected a glaring intellectual deficiency with his new history of the supply-side movement. He is to be commended for his masterful gathering of evidence and his capturing of the feel of the era, of the passion of Arthur Laffer, Robert Mundell, Bob Bartley, and the other supply-side pioneers. --Richard Vedder, distinguished professor of economics at Ohio University, author of Going Broke by Degree
Toon meer Toon minder