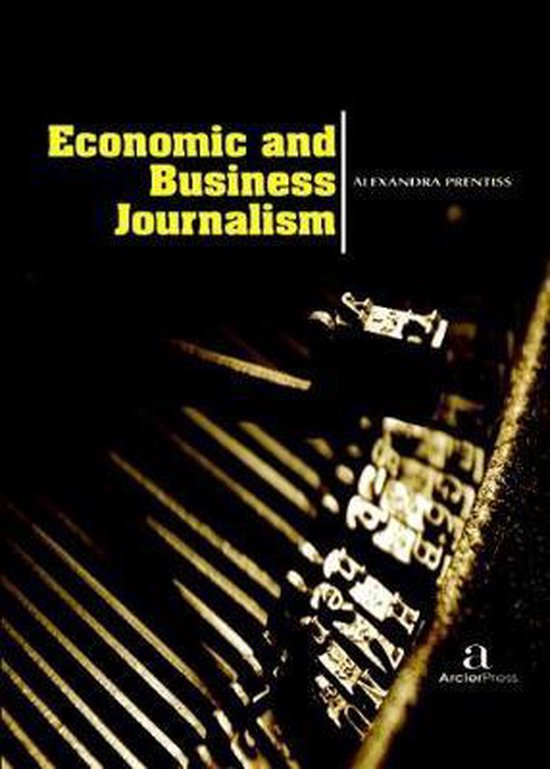 The relationship between the economy and journalism is very much a question of chicken and egg: does the news affect the market, or does the market affect the news? Due to the profound permeability of information facilitated by the Internet, businesses have been forced to communicate to the public in new and innovative ways rather than rely upon financial journalists. Therefore, this book will not be limited to business journalism alone, but rather on business communications as a whole. With the advent of online news, and rapid information sharing, the world of financial markets has become less opaque to the public, which can now monitor investments and stock markets in real time. Coupling News Sentiment with Web Browsing Data Improves Prediction of Intra-Day Price Dynamics shows the dynamic interplay between the economy's performance and the public perception of it based on news readership. New attention is being paid to this, in an attempt to understand how market behavior operates in this world of information saturation. An example from Taiwan is offered in A Study on the Asymmetry of the News Aspect of the Stock Market. Despite the relative slowness of print media in reaching its audience, it still plays a part in shaping market behavior, as Can an unglamorous non-event affect prices? reveals. Of course, the subject of business journalism is not complete without a look into the news and its relationship to the recent global financial crisis. As other articles have highlighted, financial news does not operate in a vacuum. In fact, it can play a large part in stock market behavior, especially in cases of bad news. Being on the Field When the Game Is Still Under Way. The Financial Press and Stock Markets in Times of Crisis explores the correlation between the Wall Street Times and market volatility in 2008/2009. A fascinating case study into how news reports of the financial crisis affected disparate groups is offered in The Global Crisis' Impact upon China's Rural Migrants, in which the U.S. financial crisis set in motion a series of events in rural China: exports slowed, millions of Chinese workers were laid off, news reporting the layoffs reached rural villages, and civil unrest and even violence emerged in manufacturing hubs. Whereas banks and other financial institutions once exerted moderate control over the information that reached the public about their activities, gatekeeping has become a more tenuous occupation. Digital technology has eroded the traditional relationship between bank and financial journalist. The article New Media and Challenges of Information Control offers a case study of how information is managed by commercial banks in Nigeria. Traditional business news outlets, including economic magazines, have shifted their focus according to public demand. New subjects are of interest to a fickle audience, as Convocation regimes for environmentalism in Brazilian business magazines shows. Magazine Publishing Innovation demonstrates how, with digitization, economy-focused magazines have had to get creative to stay competitive. Business journalism has changed, but business communications as a whole has also adapted to the new media environment. There are some constants in business communications, one of which is language and how it is used to convey complex financial information to a public with varying degrees of financial savvy. Financial institutions have paid especial attention to this and craft their reports in language to shape investors' opinions. The power of language in corporate financial reports and Calisthenics with Words delve into this topic. The way in which corporations represent themselves to shape opinion is not limited to external communications, as Business Storytelling and Leadership demonstrates in an insurance company case study of the importance of positive internal communications in staying competitive. The ways in which business activity - not just banks, but all corporations - is reported to the public have changed. An expert panel discussion, Global advances in business communication poses questions of how to deal with this shift. While this book focuses primarily on the relationship between journalism and the economy, we will also investigate how online news and media have shaped the business world. For example, organizational hiring has fundamentally changed. Evaluating digital news services as value added information resources for executive search organizations will look at how recruiters' tactics have evolved as news and market trends have shifted from print publications to the Internet. Recruiting is not the only business that has changed as a result of the Internet. As the article The impact of the Internet on press sector notes, nowhere can the effects of the Internet on business be seen more clearly than in the case of the media industry, in which new products must be created and combined with traditional media to appease the appetites of its audiences. The news conglomerate as an entity itself has shifted, from individually owned newspapers to multimedia giants. Media convergence has led to previously disparate aspects of news production to be aggregated. The business aspect of media will be discussed in Models of business convergence in the information industry. Business Models, Value Chains and Competencies in Media Markets offers an in-depth look at this paradigmatic shift. Finally, in the ultimate convergence, banking, the Internet, and news have all joined to create the world of e-finance. The industry of finance itself has moved online, enabling customers to interact with their accounts in real time, and, more importantly, to access information and news anytime. Analysis of selected segments of Polish e-finance market offers insight into the development of an e-finance market in a country in which the majority of its citizens access information via the Internet rather than print media.
Toon meer Toon minder