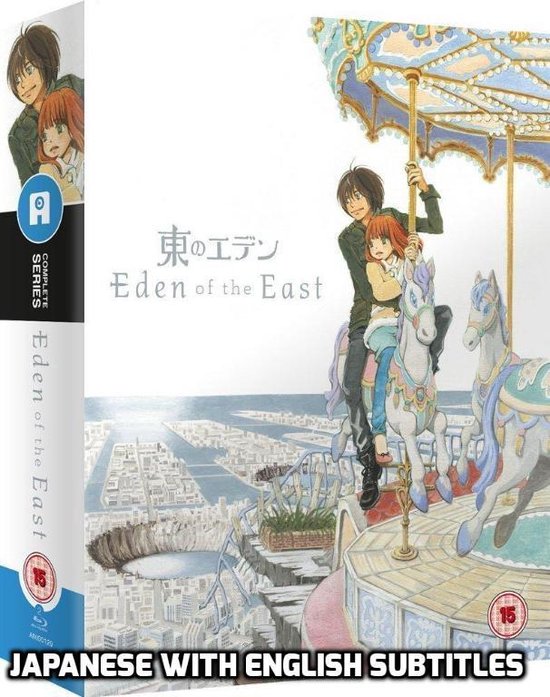 Akira Takizawa wakes up naked outside the White House with no memories. He’s got a gun in one hand, a cell phone in the other, and doesn’t know if he’s a good guy or one of the worst. He doesn’t remember the phone gives him instant access to ten billion yen and a woman who can make his most outlandish requests a reality. He doesn’t recall his connection to the ongoing missile attacks terrorizing the Japanese people. Or the part he played in the sudden disappearance of 20,000 shut-ins. He doesn’t even remember he’s supposed to save Japan and will be murdered if he fails. Whatever it is he’s tangled up in, Takizawa’s definitely in deep – and that’s not even scratching the surface.

Contains the full 11 episode series and both films with the English dub and the original Japanese track with English subtitles. Presented in collectors packaging.
Toon meer Toon minder