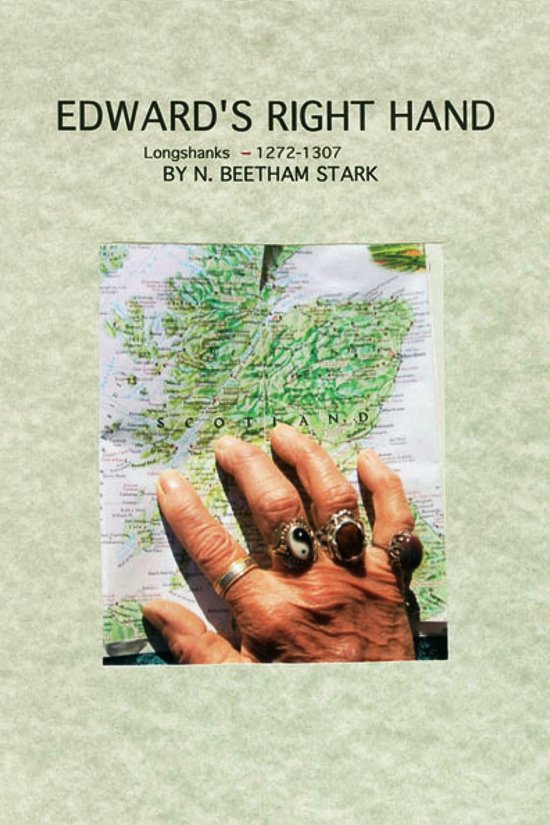 Edward's Right Hand is about a young Irish boy who is a superb swordsman and archer. He grows up with Prince Edward who becomes King Edward I. As a young man, he becomes the Master-at-Arms for Edward and fights in his many battles with the Welsh and Scots. He even accompanies him to Jerusalem to fight the Infidels. Justin falls in love with a beautiful Jewess and secretly marries her, knowing that Edward and his anti-semitic family would banish him or worse if he is found out. Trouble begins when Edward who thinks that Justin is still single, forces him to marry an obnoxious French countess. Lydea, his Jewish wife, finds a way to avoid catastrophe. Later, after Edward's wife, Eleanor, dies, Edward sees Lydea at the Staines Fair and falls for her until he is told that she is a Jewess. Then prejudice and disaster take over. Justin holds Edward responsible for his real wife's death and refuses to serve Edward any longer. He joins the Scots and eventually strikes a telling blow for the Scots against the oppressive English. Through the events in Edward's life, we see him change from a most noble and honest man to a corrupt leader, bent on getting Scotland for his own at any cost. I am sure that King Edward never knew that his life would enlighten men for centuries into the future.
Toon meer Toon minder