Edwards on the Will A Century of American Theological Debate 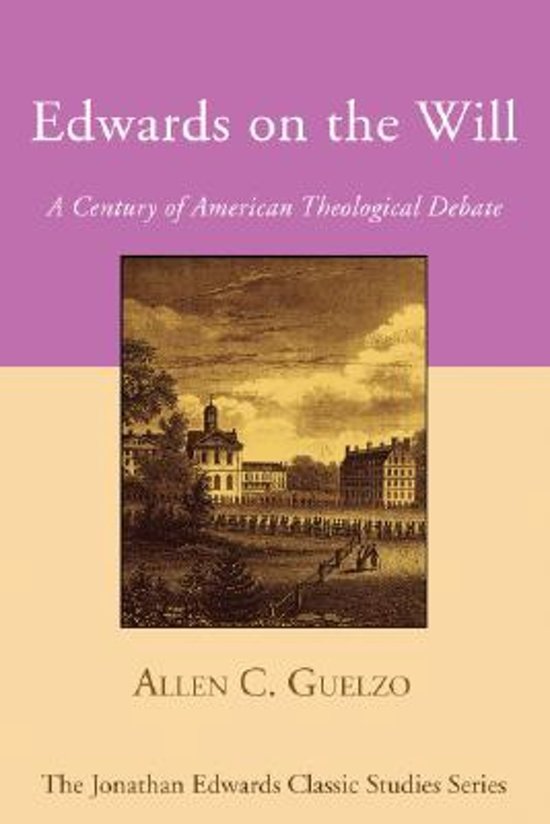 Jonathan Edwards towered over his contemporaries-a man over six feet tall and a figure of theological stature-but the reasons for his power have been a matter of dispute. Edwards on the Will offers a persuasive explanation. In 1753, after seven years of personal trials, which included dismissal from his Northampton church, Edwards submitted a treatise, Freedom of the Will, to Boston publishers. Its impact on Puritan society was profound. He had refused to be trapped either by a new Arminian scheme that seemed to make God impotent or by a Hobbesian natural determinism that made morality an illusion. He both reasserted the primacy of God's will and sought to reconcile freedom with necessity. In the process he shifted the focus from the community of duty to the freedom of the individual. Edwards died of smallpox in 1758 soon after becoming president of Princeton; as one obituary said, he was a most rational . . . and exemplary Christian. Thereafter, for a century or more, all discussion of free will and on the church as an enclave of the pure in an impure society had to begin with Edwards. His disciples, the New Divinity men-principally Samuel Hopkins of Great Barrington and Joseph Bellamy of Bethlehem, Connecticut-set out to defend his thought. Ezra Stiles, president of Yale, tried to keep his influence off the Yale Corporation, but Edwards's ideas spread beyond New Haven and sparked the religious revivals of the next decades. In the end, old Calvinism returned to Yale in the form of Nathaniel William Taylor, the Boston Unitarians captures Harvard, and Edwards's troublesome ghost was laid to rest. The debate on human freedom versus necessity continued, but theologians no longercontrolled it. In Edwards on the Will, Guelzo presents with clarity and force the story of these fascinating maneuverings for the soul of New England and of the emerging nation. Allen Guelzo writes with grace, charm, and even wit about a weighty subject that others have found forbidding. His scholarship is broad and his expositions lucid.-Daniel Walker Howe, University of California at Los Angeles Edwards on the Will is an important contribution to the study of Jonathan Edwards's thought. Where earlier scholars have been largely preoccupied with Edwards's 'modernity' or with measuring the social effect of Edwards in the context of the American Revolution, Allen Guelzo demonstrates his intellectual 'legacy' not only to the generation of the Revolution but also beyond. This work will stand as the definitive treatment of the legacy of Edwards's classic treatise on Freedom of the Will.-Harry Stout, Yale University This book elevates the study of eighteenth-century New England theology to a new level of sophistication and insight. With a precise, fresh, and lively literary style, Guelzo makes old controversies come alive for a twentieth-century reader. This is intellectual history at its best-learned, animated, and compelling. It is one of the finest studies of theology in America ever written.-E. Brooks Holifield, Emory University By tracing the development of one central point of Edwards's doctrine, Guelzo allows us to see the unfolding of the entire history of the Edwardsean school, and, by implication, of American theology, in the period between 1750-1830. This book is a major work of scholarship-thorough, enlightening, intellectually uncompromising.-Philip F. Gura, University ofNorth Carolina, Chapel Hill
Toon meer Toon minder