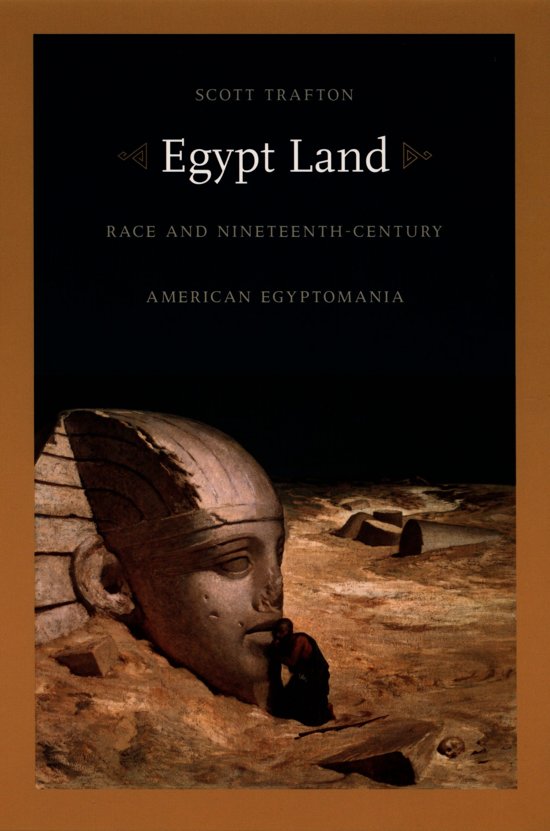 Egypt Land is the first comprehensive analysis of the connections between constructions of race and representations of ancient Egypt in nineteenth-century America. Scott Trafton argues that the American mania for Egypt was directly related to anxieties over race and race-based slavery. He shows how the fascination with ancient Egypt among both black and white Americans was manifest in a range of often contradictory ways. Both groups likened the power of the United States to that of the ancient Egyptian empire, yet both also identified with ancient Egypt's victims. As the land which represented the origins of races and nations, the power and folly of empires, despots holding people in bondage, and the exodus of the saved from the land of slavery, ancient Egypt was a uniquely useful trope for representing America's own conflicts and anxious aspirations.


Drawing on literary and cultural studies, art and architectural history, political history, religious history, and the histories of archaeology and ethnology, Trafton illuminates anxieties related to race in different manifestations of nineteenth-century American Egyptomania, including the development of American Egyptology, the rise of racialized science, the narrative and literary tradition of the imperialist adventure tale, the cultural politics of the architectural Egyptian Revival, and the dynamics of African American Ethiopianism. He demonstrates how debates over what the United States was and what it could become returned again and again to ancient Egypt. From visions of Cleopatra to the tales of Edgar Allan Poe, from the works of Pauline Hopkins to the construction of the Washington Monument, from the measuring of slaves' skulls to the singing of slave spirituals—claims about and representations of ancient Egypt served as linchpins for discussions about nineteenth-century American racial and national identity.

Now that Scott Trafton has taught us the meaning of Egyptomania, we'll all be seeing its register everywhere and feeling astonished that we weren't noticing it before. -Dana D. Nelson, author of National Manhood: Capitalist Citizenship and the Imagined Fraternity of White Men A magnificent piece of scholarship, Egypt Land does justice to the complexity of the work of nation- and race-making as such work moved circularly along axes of racialized science, ideology, Biblical and political authority, songs, and images, producing social and material effects. In short, the imagining of ancient Egypt was a weapon among an array of agents that both made and resisted, as Scott Trafton puts it, the iconography of empire.' -Wahneema Lubiano, editor of The House That Race Built Egypt Land is an exceptional interdisciplinary study of the centrality of Egyptomania to considerations of race and nation in nineteenth-century America. -Robert S. Levine, author of Martin Delany, Frederick Douglass, and the Politics of Representative Identity
Toon meer Toon minder