Egypt on the Way of Democracy Across Revolutions, Vol 3 Two Revolutions in Egypt 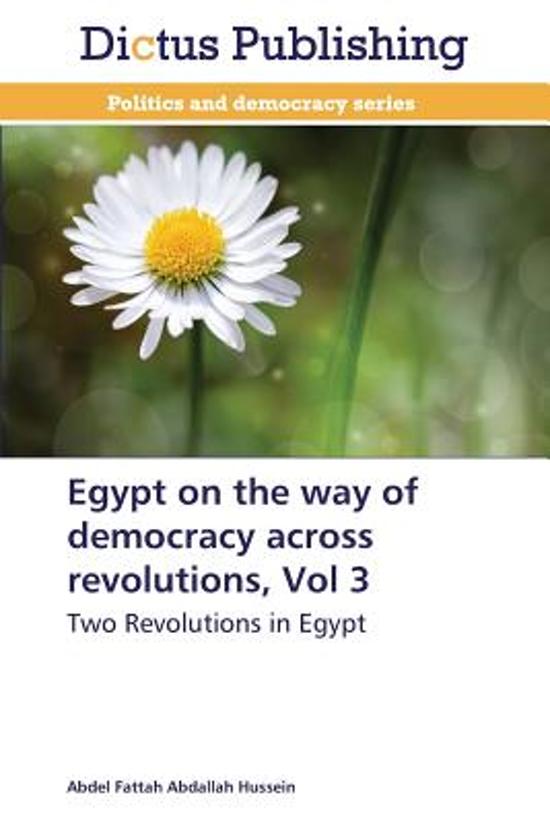 Egypt is looking for democracy 2500 years ago. From the days of the Persian conquest to Egypt to the English occupation. Then, came the military presidents, Nasser, Al Sadat and Mubarak. In fact, Egypt is doing the democracy of Athens, 5000 years ago, where the people meet in a vast place to discuss their serious and political matters. By that doing, the Egyptians toppled Mubarak and Morsi. Mubarak didn't love his country nor his people. He took Egypt as a business project for investment. Besides, he wanted to inherit his son Jamal the country as if Egypt was his range. Morsi wanted to sell some of his country - Sinai - to Hamas through US to solve the problem of Gaza Strip, so that Israel may live in peace, and to sell other part to the Sudan, Halayeb and Shalaten in the south. Again Morsi wanted Egypt only for his group; the Muslim Brotherhood who wanted to rule all the Islamic world and is connected to Al Qaeda. Egypt with its genius geographical site is the envy and greed of all the superpowers across history. The River Nile runs in its territory, the Suez canal, the Mediterranean Sea, the Red Sea, the west and east desert and its hidden treasures.
Toon meer Toon minder