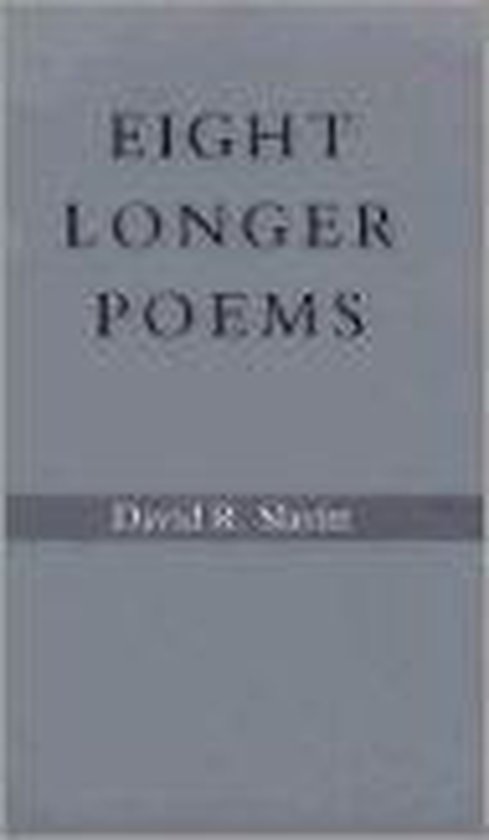 In this volume David R. Slavitt brings together eight poems that deal largely with the mind's relation to history, personal history, and the history of myth and of empires. In addressing these two seemingly independent modes of thinking and remembering, Slavitt reveals that they are in fact closely related, and that they are both part of our poetic consciousness. Gesualdo is a historical poem concerning suffering, desire, and art. In, Cleaning, a man goes through a closetful of accumulated and forgotten artifacts that lead to a meditative discourse on the process of memory and how our past are collections of such fragments. In History of My Ear, the silences of the world as between a lightning bold and a thunderclap, become the places in which we learn to live as we grow older. Monster Dance considers the odd bedtime rituals we perform for our children. In Grove Isle, reminiscent of the meditative poems of Wallace Stevens and other poets who stress the primacy of the imagination, Slavitt describes the harmonies and discords between the perceiving eye and nature, between the mind the that world. The setting is a beach resort where the accoutrements of civilisation and the purity of nature clash with and reflect one another. In The Wound, the spear of Achilles becomes the focal point around which Slavitt turns a discussion of the source, nature, and evolution of human suffering, Achilles and a host of other historical characters become emblematic of our present-day condition and its sense of helplessness, and injustice. Vlad and The Gate of Horn are tended historical piece that, like Gesualdo and The Wound, have as their central thrust the humanization of historical figures and the consequent elevation of human emotions to epic proportions. Vlad takes its title from the historical figure Vlad the Impaler, who was transformed in the European imagination into the figure of Dracula. Here Slavitt presents strange and beautiful insights into the mind of a creature that sees into both the world of men and the world of raw nature. In The Gate of Horn, Slavitt considers that romantic and visionary authors of the Golden Age of Spain and their creations. Eight Longer Poems is an engrossing collection from one of our most skilled and versatile poets.
Toon meer Toon minder