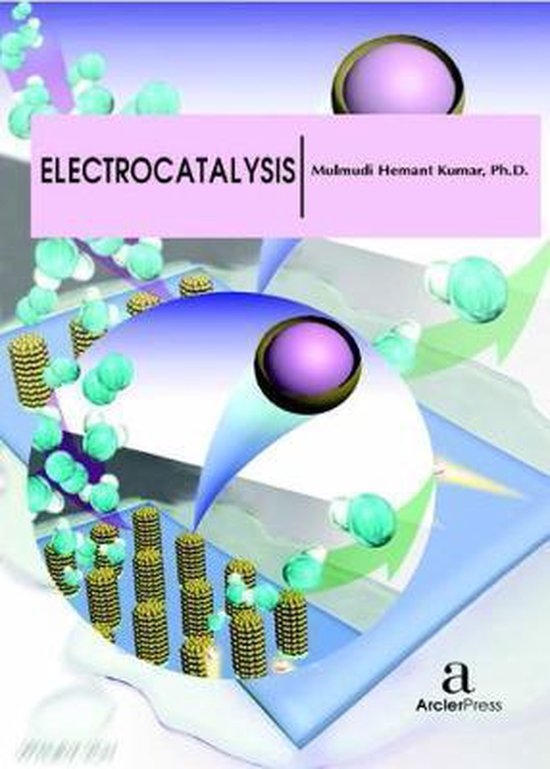 Electrocatalysis is a branch of electrochemistry which has become a necessity for industrial electrochemical processes. Though, most of the applications have run for academic purposes but not for technical uses in the industry. These days, the application of new concepts of electrocatalysis for industrial electrochemical processes has appeared as a necessity and not only attracting attention for chemists but for engineers. Consequently, industrial electrocatalytic processes have only been presented in the literature from the chemical engineering point of view with few further electrochemical explanations and mainly during the late seventies. This book entitled Electrocatalysis focuses on the various aspects, right from fundamentals to it applications in fuel cells, Hydrogen evolution reaction (HER), electro-oxidation, oxygen reduction, sensors and solar fuels. The purpose of first chapter is to provide fundamentals and applications of electrocatalysis. Second chapter presents electrocatalysis in fuel cells. The aim of third chapter is to deal with electrocatalysis of the hydrogen evolution reaction (HER) in acid and alkaline media. Fourth chapter deals with contrast and synergy between electrocatalysis and heterogeneous catalysis. Fifth chapter is aimed at presenting an overview of the advances in the study of reaction mechanisms and electrocatalytic materials for ethanol oxidation reaction (EOR) with a focus on Pt- and Pd-based catalysts. Sixth chapter covers the latest advances in Pd-based catalysts for fuel cells. Seventh chapter focuses on ternary Pt-Ru-Ni catalytic layers for methanol electrooxidation prepared by electrodeposition and galvanic replacement. Eighth chapter deals with the effects influencing the overall formic acid oxidation at Platinum-Bismuth catalysts. In ninth chapter, a systematic study of oxygen reduction reaction (ORR) reaction mechanisms on Pt and non-Pt surfaces were presented. Electrocatalysis system for biodiesel synthesis from palm oil over dielectric-barrier discharge plasma reactor has been investigated in tenth chapter. Eleventh chapter provides a brief review on direct electrochemistry of catalase for electrochemical sensors. The aim of twelfth chapter is to deal with electrocatalysis and electrocatalysts for low temperature fuel cells. Thirteenth chapter reviews advances in photocatalysis and photoelectrocatalysis that exploit solar (photonic) primary energy in relevant endergonic processes, viz., H2 generation by water splitting, bio-oxygenate photoreforming, and artificial photosynthesis (CO2 reduction). Fourteenth chapter explores on the impact of spatial distribution of morphological patterns on the efficiency of electrocatalytic gas evolving reactions. Fifteenth chapter discusses about polyaniline-derived ordered mesoporous carbon as an efficient electrocatalyst for oxygen reduction reaction. In last chapter, the presence of oxygen species, e.g., resulting from a dehydrogenation reaction of residual water from a solid electrolyte or an aqueous electrolyte, has been investigated to understand the implications it has on the catalytic properties for electrochemical ammonia production.
Toon meer Toon minder