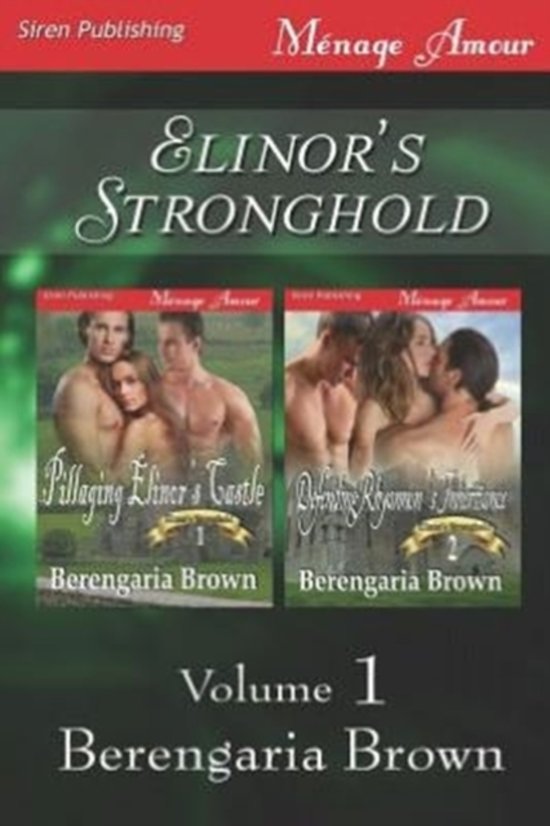 Pillaging Elinor's Castle Menage Amour: Erotic Historical Menage a Trois Romance, M/M/F, HEA] Lady Elinor's father and two brothers are killed in battle, and Lord Rhys loses his demesne. To protect her people Elinor decides she will marry Lord Rhys, but only if he agrees the Captain of the Guard, Hammond, will share their bed and the decision making from now on. They agree and seal their contract in blood. Rhys and his people move into the stronghold. After the wedding they begin to plan for how to survive the attack that will inevitably come. The stronghold is a wealthy one, and many will consider it an easy target with its lord and his sons dead. They also have to blend the two households together and prepare for the coming winter. At night Hammond and Rhys work hard in bed, learning to share Elinor, finding out what pleases her best, and arousing each other to new heights along the way. ** Defending Rhyannon's Inheritance Menage Amour: Erotic Historical Menage a Trois Romance, M/M/F, HEA] Hated and incompetent Lord Jeffrey wants to marry Rhyannon, and her bad-tempered cousin, Coll, wants to steal her jewels. She needs a good protector. Alistair has loved her faithfully for years, but he has no assets and can't support them both. Lord Devon is a suitable husband, but does he even like Rhyannon? It's a big challenge, but maybe together Alistair and Lord Devon can protect her and her jewels from Lord Jeffrey and Cousin Coll. Meanwhile, winter is settling on the stronghold and Lord Jeffrey is attacking the people once again. And Cousin Coll is determined to get her jewels any way he can. Surviving the winter is hard enough to do without all these other things happening as well. Everyone in the stronghold is living on a knife edge. Alistair and Lord Devon focus on Rhyannon. They'll love her and protect her-and each other as well. Note: This book contains double vaginal penetration. ** A Siren Erotic Romance
Toon meer Toon minder