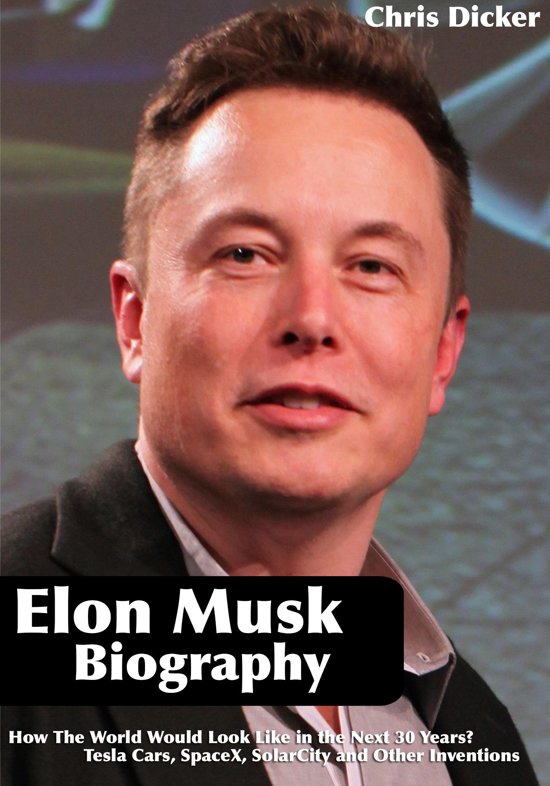 Elon Musk, the ''TONY STARK'' of the 21st century! Unlike Tony Stark, this is not a fiction movie.

Elon Musk, self-made billionaire, inventor, and entrepreneur has started a quest for advancements in the technology like Tony Stark in the Iron Man movies. Elon's vision of the future is enormously different from 99,7% of the population. 90% of his inventions were initially ideas where most people would dismiss with irony, but he proved them wrong. Elon was surrounded by people who thought he was crazy for what he wanted to achieve, yet he proved them wrong.

Elon Musk still achieves the unbelievable, the impossible, one project after another. His pride and work do not solely exist for monetary rewards, but he aims for better and more advanced future of humanity.

In this short biography, you'll learn exactly who Elon Musk is and where he came from. You'll discover his true motivations behind his projects and his unbelievable plans of the future. It will be more exiting and interesting future if Elon Musk succeed with even 10% of his projects, but many times he proved critics wrong, especially when it comes to SpaceX, Tesla Cars and other projects.

What made Elon Musk successful? You'll learn his secrets to become a billionaire and how he was able to build new industries of demand. You'll get more insights about Elon's life as a person, marriages, family and business ideas. This is truly an exiting time to be alive, especially with people like Elon Musk around.

See the world through his eyes!
Grab your copy now!