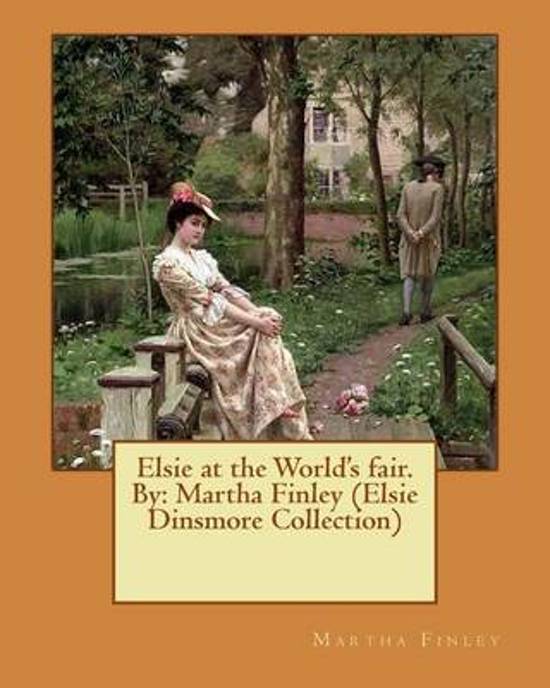 Martha Finley (April 26, 1828 – January 30, 1909) was a teacher and author of numerous works, the most well known being the 28 volume Elsie Dinsmore series which was published over a span of 38 years. The daughter of Presbyterian minister Dr. James Brown Finley and his wife and cousin Maria Theresa Brown Finley, she was born on April 26, 1828, in Chillicothe, Ohio. Finley wrote many of her books under the pseudonym Martha Farquharson. She died in 1909 in Elkton, Maryland, where she moved in 1876.Elsie does not live with her parents but with her paternal grandfather, his second wife (Elsie's step-grandmother), and their six children: Adelaide, Lora, Louise, Arthur, Walter, and Enna (Enna was the youngest). Elsie's mother died soon after giving birth to her, leaving her in the care of her grandfather. Before her father comes back she becomes good friends with Rose Allison, with whom she studies the Bible. Her father was in Europe until she was almost eight years old as the first book begins.The first Elsie books deal with a constant moral conflict between Christian principles and familial loyalty. Deeper still is the warring between Christ centered principles and the "worldly" inclinations of both her Father and his family. Elsie's father is a strict disciplinarian who dictates inflexible rules by which his daughter must live. Any infraction is severely and often unjustly punished. In her father's absence Elsie has become a Christian and abides by what she has been taught is Biblical law, especially the Ten Commandments (also known as the Decalogue)- as taught to her by her dead Mother's housekeeper and then her own Nanny,
Toon meer Toon minder