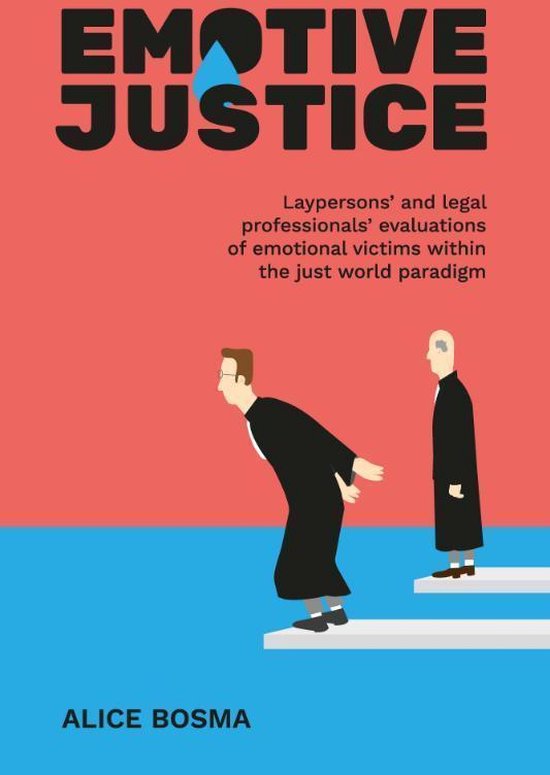 EMOTIVE JUSTICE concerns reactions of laypersons and legal professionals to emotional victims of serious crime. Although we would expect victims to receive acknowledgment and support, even the most well-meaning individuals might react in ways that enhance rather than alleviate the suffering of victims, causing secondary victimization. The Belief in a Just World Theory (BJW) is a suitable research framework to explain why people, motivated to behave as if the world is a just place where everyone gets what they deserve, react in either positive or negative ways when they get confronted with counter-evidence, such as the victimization of an innocent victim. However, BJW theory has up until now insufficiently focused on the observers’ normative evaluation of the injustice as well as the emotionality of the victim. Moreover, while negative reactions to victims are particularly harmful in institutional environments such as the criminal justice system, the theory has not sufficiently been applied in this context. Exploring reactions to victims in different settings calls for innovative research methods adapted to the context. Both qualitative (Articulated Thoughts in Simulated Situations) and quantitative measures are employed to investigate how legal professionals (Dutch justice and prosecutors), tasked with managing the emotionality in the courtroom, as well as avoiding secondary victimization, differ from laypersons in their reactions to emotional victim narratives. Alice Bosma is assistant professor at the department of Criminal Law, Tilburg University (the Netherlands).
Toon meer Toon minder